Eagle-eyed viewers of Alan Bennett’s Talking Heads spotted a new EastEnders set being used for the monologue series – in one of the most twisted tales aired to date.

Playing Sandwiches saw Lucian Msamati play the role of Wilfred – a nice-seeming gardener and caretaker of a local park – who befriends a woman and her young daughter.

It turns out that the park he’s in charge of is none other than the local park of Walford – where many heart-to-hearts go down when characters are in need of a stroll.

And unfortunately, just like in EastEnders, even the nicest characters aren’t what they seem, and by the end of the 30 minute monologue, it’s revealed that Wilfred is a pedophile, who goes on to assault the young child.

The horror turn shocked viewers who weren’t familiar with the show, and they praised Lucian for luring them into a false sense of security.

But Talking Heads, which is known for is dark and sometimes comical tales of modern life in the 80s and 90s, has been given a new life after filming on the EastEnders set. 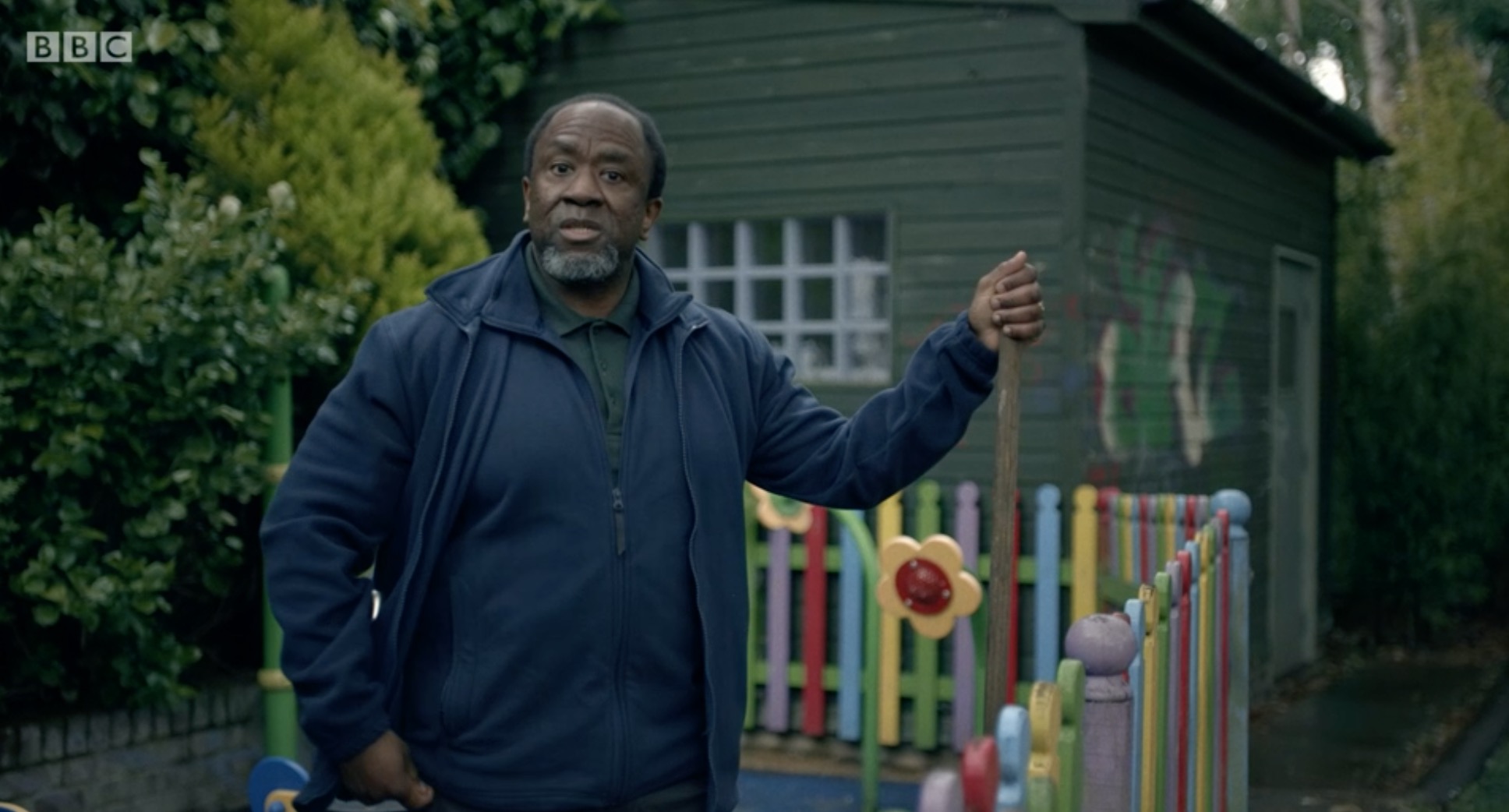 Making most of the space in order to create new content while working under social distancing guidelines, the Elstree studio was offered up for the team during their filming days, which only required one actor on set at a time.

Previous spots have included Sarah Lancashire performing her monologue, An Ordinary Woman, in the flat above the Queen Vic.

As a result, viewers are always keen to spot sets that have been used by the Albert Square residents – and the garden was the latest to add to their list.

Playing Sandwiches was one of two episodes from the collection to air on BBC One tonight, with Jodie Comer’s rendition of Her Big Chance being shown alongside it.

In the monologue featuring the Killing Eve star, Jodie played the role of young ingenue Lesley, who is desperate for a break in the acting industry.

Jodie’s role was initially played by Julie Walters in the first version of the series, which aired in 1988.