Home » Celebrity » Does Madison Leave ‘The Bachelor’? Fans Are Completely Freaking Out

When it gets down to the week of Fantasy Week, the roses are really up for grabs. Bachelor Nation knows they’re in for deep conversations and heartbreaking goodbyes. This season, I think it was slightly unexpected when Madison left on Monday, Feb. 24’s episode of The Bachelor. Since the very beginning, she’s been a frontrunner, and so the question, "Does Madison leave The Bachelor?" is totally precedented.

First things first: Let’s talk about her and Peter’s date. Like most dates on The Bachelor it was epic and romantic from start to finish. The two climbed to a spot where they could see the ocean and city, and took a couple of pictures there. From hundreds of feet in the air, they kissed and talked for the cameras, strengthening their love story and totally dismissing any fears they had of heights before the day. From there, it got interesting and emotional, as the couple headed to dinner.

Peter was open about how his last conversation with Madison — where she told him about how she was uncomfortable with him being intimate with other women during Fantasy Suite week — made him feel. He said it left him with some anxieties, and she nodded along, knowing that she had been dealing with her own racing mind. 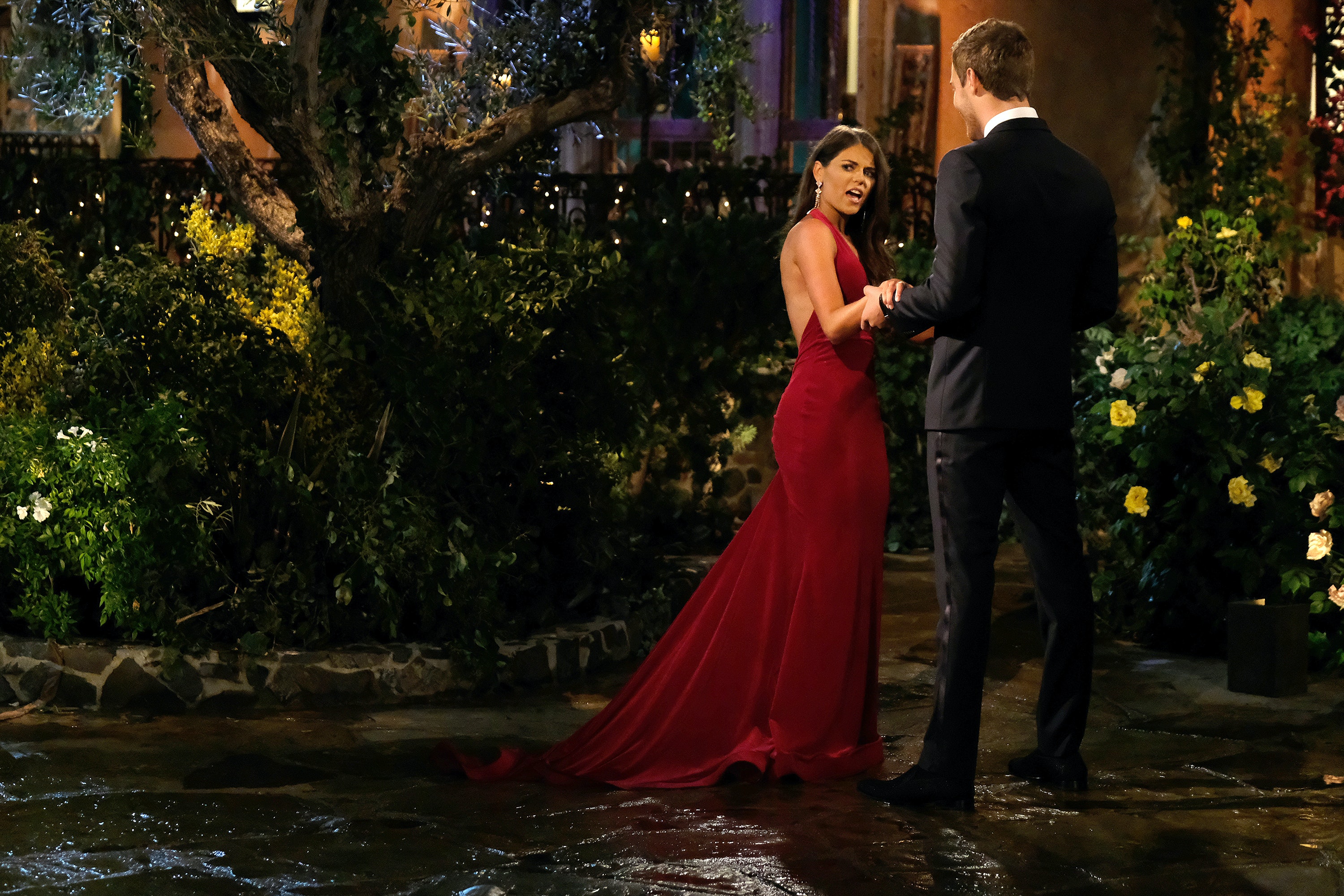 The dinner continued to show Madison fully opening up to Peter about how she’s saving herself for marriage, and wouldn’t want to get engaged after he’s been intimate with multiple women only days before. (TBH, I get it.) She stood up from the table and walked away, giving herself time to process the entirety of the situation in the Australian air. Peter soon followed her, hugging her and saying, "I can’t lose you." *Cue all of my tears.*

Throughout it all, Madison remained true to herself and told Peter on multiple occasions that she didn’t want to compromise her standards, values, or expectations for the process. Like the true queen she is, she made her needs known. With minutes left of the episode, and Bachelor Nation very much on the edge of their seats, Peter said, "Please don’t walk away," and kissed Madison on the forehead a few times.

In true Bachelor fashion, the producers left fans with a major, major cliffhanger: Madison walks away from Peter but does not apparently leave the show. Well, yet. They teased a clip of next week’s episode, where Madison is totally M.I.A. at the rose ceremony. However, her attendance is expected. So, it looks like fans are going to be in total freak out mode until next Monday, when the tears, roses, and drama come to their TV screens again.