Just because Hannah Brown’s Bachelorette finale is way, way far back in the rearview mirror doesn’t mean the drama has concluded. A lot has happened in the months since Alabama Hannah bestowed her final rose.

For starters, Hannah and Tyler Cameron have recently reconnected and are spending a lot of QT together. Amid social distancing guidelines, the former flames opted to quarantine together in Florida with a group of Tyler’s buddies. Fans across the country are eager to ‘ship them, but first let’s take a scroll down memory lane and review all the major milestones in Hannah and Tyler’s relationship.

When Bachelor Nation first got to know the handsome fella in May, he quickly became a fan fave. Nobody was surprised he made it to the final rose ceremony. 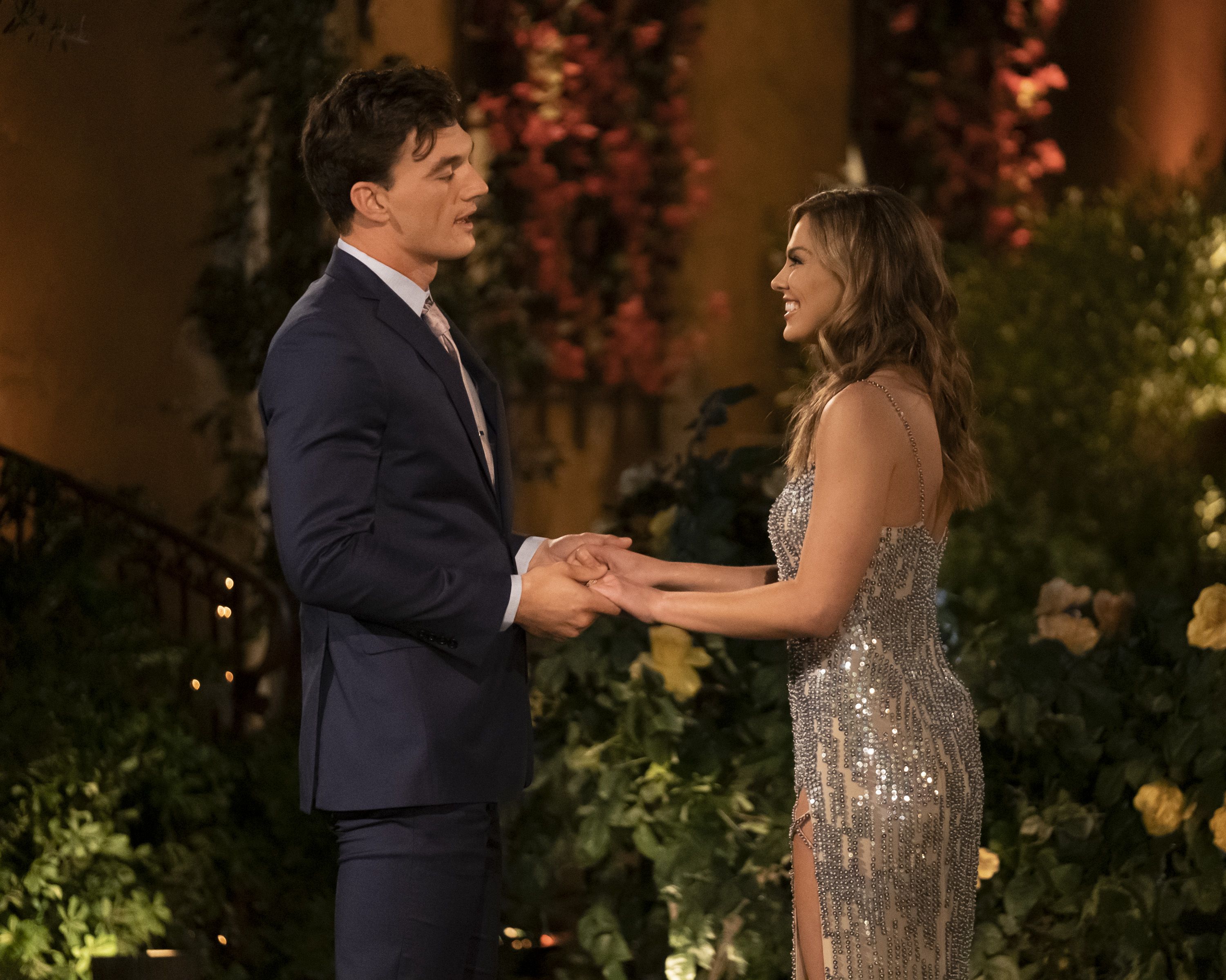 Tyler was a perfect gentleman from the first rose all the way through their Fantasy Suite date. “The Fantasy Suite has the connotation of sex. For me, it’s way more than that,” he told Hannah. “I just want to be with you and have that time with you. You have to really love and really respect and honor each other’s boundaries.”

The next morning, Hannah showered sweet compliments on Tyler. “He was the most respectful man that’s ever been with me. Ever,” she said. 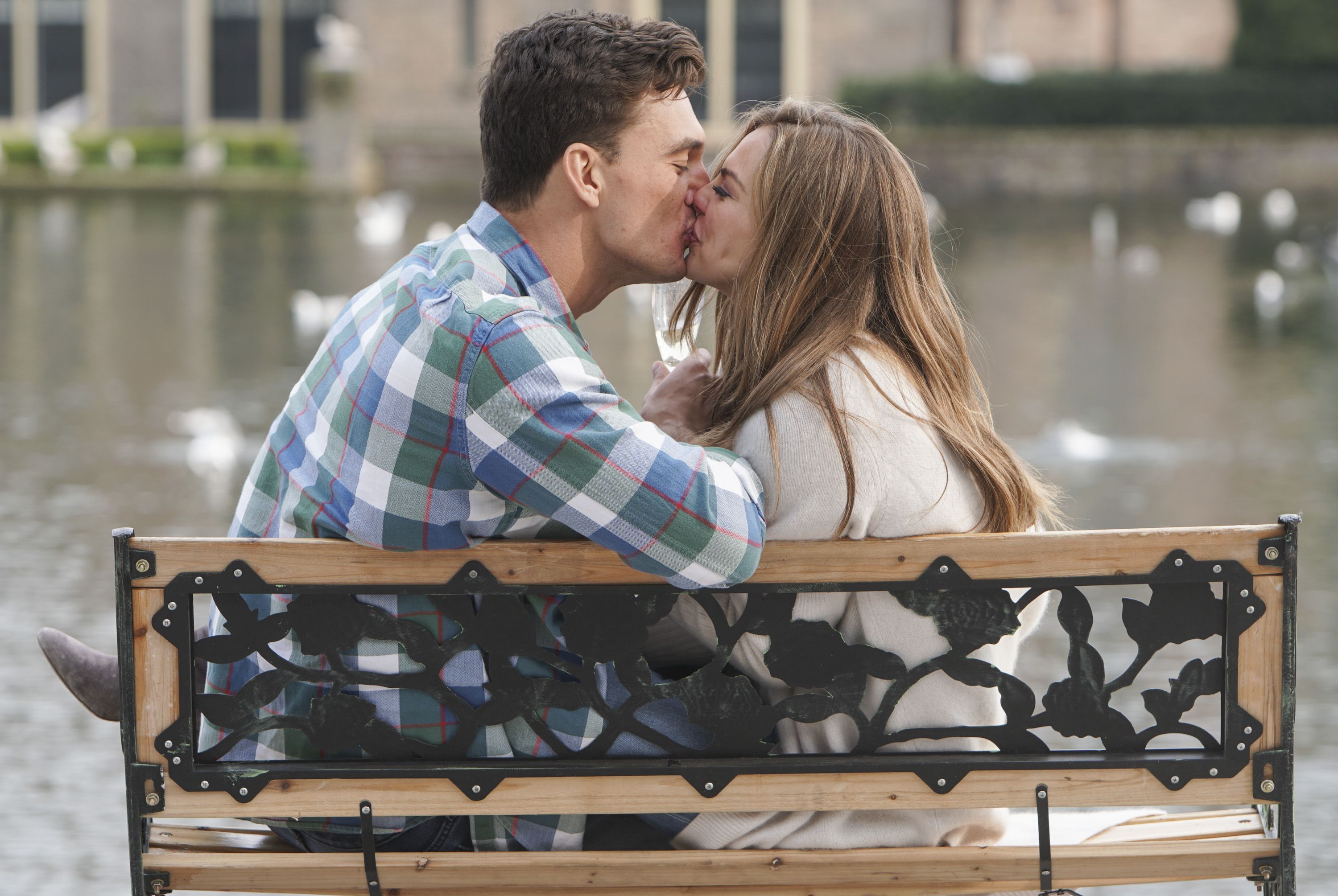 July 2019: Hannah broke up with Tyler and gave Jed Wyatt her final rose.

During The Bachelorette finale, Hannah ended things with Tyler, deciding to choose Jed as her Mr. Right instead. She broke national treasure Tyler’s heart, but this was far from the end of the road for Tannah.

During the After the Final Rose special, a newly single Hannah and equally single Tyler chat with Chris Harrison and seem awfully flirty. Having dumped Jed, Hannah asked Tyler to grab a drink: “I want somebody to be bold, and I’m bold, and I make bold moves. You’re an incredible guy, and I’m a single girl. I thought maybe we could go for a drink and just hang out.” His response: “I would love to. Just tell me when. I’m there.”

Hannah confirmed the date in a follow-up Instagram post: “And to your burning questions: Yes, the drink is happening. No, you’re not invited. I’m really appreciative that Tyler has always had my back and supported me through all my decisions. He constantly encourages me to lean into the strong woman that I am. He’s a really good man, and I’m going to be his biggest fan in whatever makes him the happiest.”

Hannah may not have invited Bachelor Nation along on their date, but paparazzi snapped a few pics from the morning after. It looks like the drinks portion of the evening went well; Tyler was spotted leaving Hannah’s apartment after sleeping over.

Tyler shared a tribute to their relationship on Instagram and later deleted it, People reported.

“Dear HB, What a ride… I’ll make this short and sweet. This journey with you is something that I will always cherish. I am so grateful for all the experiences that we shared together,” Cameron wrote alongside a photo of the pair from the After the Final Rose special, crediting Brown with pushing him “to be a better man.”

“I learned so much from you and so did the rest of Bachelor Nation. You were what we all needed as a lead. You showed strength and grace in the most beautiful way. You kept it real and gave us all of you,” he added. “As one chapter closes, another one begins. The world is yours girl! Excited to see what you do with it.”

Only two days after the Tannah reunion sleepover, Tyler went out on the town with another gal. He and supermodel Gigi Hadid were spotted on a date in New York City.

A rightfully bummed Hannah toldthe Bachelor Happy Hour podcast on August 7, “I wish I would’ve got a little bit more than two days. But, you know, it is okay.” (Feel ya, girl.)

While Tyler kept busy dating supermodels, Hannah took the ballroom by storm. As she and her Dancing With The Stars pro partner Alan Bersten competed for and ultimately won the mirrorball trophy, they also fought off dating rumors. Plenty of real life romances got their start in the DWTS ballroom, so it’s not the craziest of theories. BUT both parties denied all the rumors. (They’re just friends, okay?!)

Were the paparazzi too much for Tyler and Gigi to make it as a couple? They dated for three months and basically every move was publicized. Their split was amicable, though. “I took it as I met a great person, a great friend. It wasn’t like a bad breakup or anything like that,” Tyler told People. “It was just, we’re at different parts of our lives right now.”

A source confirmed the news immediately to Us Weekly: “Tyler is single. He and Gigi Hadid are no longer together.”

November 10, 2019: Hannah and Tyler sat together at the People’s Choice Awards. 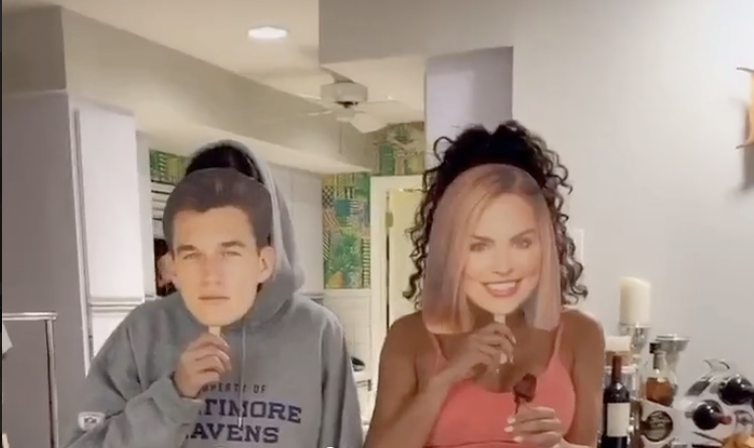 Hannah and Tyler were both nominated for and attended the People’s Choice Awards. Tyler took his mom as his date, and Hannah went solo. They ran into each other pre-show and ended up sitting at the same table for the ceremony, per Us Weekly.

The meet-up didn’t stress Hannah: “I think I have so much going on right now. I mean, I came straight from practice for the show tomorrow, so there’s no place for nerves and honestly, I’m just really focused on myself right now, and I’m just really glad that I am able to be here and to celebrate the nomination of the award.”

Tyler scrubbed all evidence of his relationship with Hannah and journey on The Bachelorette almost six months after the finale aired, People reported. Why the clean slate? Tyler didn’t offer up his reasons, but he did leave plenty of model shots for followers to enjoy.

January 2020: Tyler tried to shoot his shot with Jennifer Garner.

Amid the Dolly Parton challenge, Tyler popped into Jennifer Garner’s comments with a thirsty response of his own. He let the A-lister know he’s still “swiping right” for her. Jen, however, didn’t respond.

After Tyler’s mom, Andrea Cameron passed away, Hannah flew out to Jupiter, Florida (Tyler’s hometown) to support her friend. Hannah attended the celebration of Andrea’s life and fueled the latest dating rumors.

March 14, 2020: Hannah returned to Florida and quarantined with Tyler.

The rumor mill first started swirling (again) when Tyler was spotted picking up Hannah from a Florida airport, per People. Soon after arriving, she and Matt James, one of Tyler’s BFFs and a future Bachelorette contestant, posted a photo together on Instagram. That made Hannah an official member of#thequarantinecrew, and all the TikTok and Instagram videos to come.

Hannah and Tyler somehow make quarantine with an ex (or perhaps former ex??) look like a nonstop party in Florida, but a source chalked it up to them being “great friends.”

“They have a lot of love for each other,” the source toldUs Weekly. “They’re great friends and have a lot of fun together. It’s as simple as that. It’s been a hectic year for them both. And they finally found some time in their schedules to connect.”

The TikToks don’t lie. With each new video, Bachelor Nation becomes further convinced that the new video series means Hannah and Tyler are an item, again. One fan commented, “Tannah makes me so happy!!!”

“Tyler and Hannah are very much aware of the attention that’s been on them recently. They think it’s funny that people are so invested,” an inside source told US Weekly.

Tbh, it’s possible the dynamic duo are just trolling everyone on TikTok.

The whole quarantine crew joined in the fitness fun, but Hannah and Tyler also seemed awfully flirty mid-workout. Are the two just #workoutbuddies, or are the sweaty backyard workouts part of a romantic renaissance? Only time will tell…