It was smooth sailing for JessicaStuder and Austin Hurd almost immediately after they got married onLifetime’s Married at First Sight Season 10. They were attracted to eachother from the beginning and seemed entirely in sync on their romantichoneymoon in Panama.

But on the Feb. 26 episode of Married at First Sight, “The ‘L’ Word,” Jessica and Austin encountered their first real potential bump in the road. A conversation about their respective romantic histories left Austin and Jessica somewhat at odds about when to say “I love you” and what it meant to fall in love. 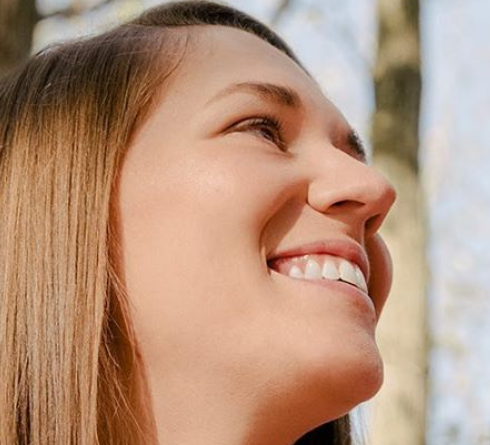 Austin and Jessica opened up about past relationships

On the latest episode, Austinand Jessica talked about their romantichistories in order to see how they might move forward together.

“I am nervous because we have to talk about our love history,”Jessica admitted, “and it’s always a little bit awkward to talk about exes andpast relationships.”

When Austin asked Jessica if she’d been in love before, the nursing manager said she wasn’t entirely sure. “I don’t know. That’s really tough,” the Married at First Sight star told her husband. While she’d been in long relationships before and thought she was in love, Jessica said she sometimes thought she had just been “going through the motions.”

It’s that time of the week again. #MarriedAtFirstSight is starting now! You’re welcome 😜

Meanwhile, Austin said that while he’d gotten his heartbroken a time or two, he’d been in love at least once during a three-year relationship.

“How long were you together before you said I love you?”Jessica asked Austin.

The networkengineer replied that he’d only professed his love after a year of dating. “It’stoo big of a word to throw around,” he explained.

Jessica told Marriedat First Sight producers she wasa bit taken aback by her husband’s response. “For me, that’s a long time,” sheconfessed. She added that she hoped he wouldn’t take so long to proclaim hisfeelings for her, saying, “I do hope he says I love you sooner than later.”

The couple also discussed their love languages, with bothpromising to express love more frequently in the way the other most wanted toreceive it. Jessica responded most to words of affirmation, while Austinpreferred physical touch.

“I know that’s Austin’s way of showing love,” Jessica said. “It’s not something that comes to my mind right away, so it’s something I’m going to make a conscious effort to keep doing.”

Jessica admitted she was already starting to fall in love

While Jessicatold producers she already felt the beginnings of love stirring, she hopedAustin would follow suit soon.

During a pillow talk session, Jessica told her husband shethought he was a more emotional person and more willing to wear his heart onhis sleeve than she was. “You can be a leader in that way,” she said.

The Marriedat First Sight star then askedpointedly, “Do you think you’ll be the first one to say ‘I love you?’ If weever got to that?”

But Austin didn’t want to move too fast. “I don’t know,” heresponded frankly. “We’ll see. Nothing’s planned like that…There’s a lot ofthings we got to do before we get there.”

“My money’s on you saying it first,” Jessica responded.

While Austin was starting to develop feelings for his wife,he told Lifetime producers he wanted to make sure not to rush or forceanything. “I think she is over-thinking love as a word,” he said. “You can’tplan love.”