Home » Celebrity » 'Married at First Sight': Katie Tells Her Dad That Derek Is a 'Boy,' Not a Man

Katie Conrad and Derek Sherman have certainly had their share of arguments on Lifetime’s Married at First Sight Season 10. Katie insisted that Derek was too immature to be married, while Derek seemed put off by Katie’s volatility and jealousy.

On the Apr. 8 episode of Married at First Sight, “Forever or Never,” Katie sat down for dinner with her dad and stepmom to discuss her relationship with Derek just before Decision Day. She revealed that things weren’t going as well with her husband as she’d hoped. But her dad encouraged her to try to make things work. 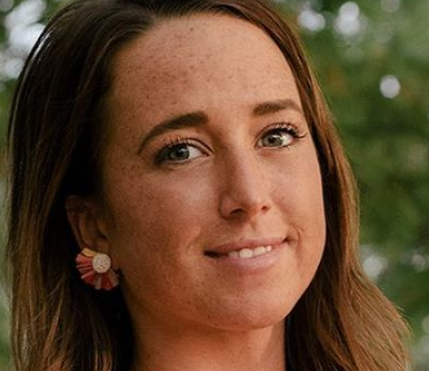 Just a few days before Decision Day, Katie headed out to dinner with her stepmother, Kim, and her dad, Dante. The 26-year-old mental health professional opened up about her troubled relationship with Derek at the tense meeting.

“I’m kind of at a place right now with Derek where I’m not feeling very fulfilled, so I’m hoping that talking with my family will help me,” the Married at First Sight star told Lifetime producers. “But I’m just overall very confused.”

“So, how’s everything been going?” Kim wondered.

Katie paused for a long time before she finally admitted, “How do I put this? It’s been pretty bumpy. At the couple’s retreat, the first night was really, really bad.”

The young bride went on to describe Derek’s friendliness with his castmate, Taylor Dunklin, at the retreat. “He and Taylor were sitting next to each other, across from me. They were kind of joking around,” she explained.

But then things went too far in Katie’s book. “Then she says, ‘Your husband’s so great. You’re so lucky,’” Katie said of Taylor. “It was like, if only you knew. He seems like he’s so great, but it’s like, I don’t feel special at all.”

As her dad and stepmom looked on dubiously, Katie explained that Derek just wasn’t fulfilling her needs thus far. “I’m not expecting the ‘I love yous’ and all that to be there, but there’s a giant emotional disconnect,” she lamented. “As soon as I think I’m closing the gap, it shoots way open again. And I’m like, I don’t feel connected to you at all.”

Shall we begin the best night of the week? I think so. 😉 #MarriedAtFirstSight is on RIGHT NOW! #LifetimeAndLounge #HereForYou

Dante wondered if Derek put forth effort in making things work when he and Katie had disagreements. “What does he say?” Katie’s dad wanted to know. “When you say that you need some things, some connection from him?”

Surprisingly, Katie’s dad seemed to take Derek’s side. “Some guys take a little bit longer to mature,” he said, defending the younger man.

That’s what set Katie off. In fact, she told her dad she had expected an older man as her groom. “He’s a boy, Dad,” the Married at First Sight star declared. “And that’s exactly what I didn’t want. I was expecting a 30-year-old. I thought I was going to be walking down the aisle, and it was going to be a 30-year-old. Maybe a couple of gray hairs in there. That’s what I thought.”

Katie even added harshly, “And nope, I got fresh, baby-faced Derek, with a baby personality to match.”

Katie’s dad worried that his daughter might be scaring Derek off and pushing him away with her negative attitude. “Are you this amped up all the time? Do you chill a little?” Dante asked his daughter.

He went on to warn her about getting in Derek’s face too much, because she might destroy something worthwhile: “Because you would scare me if I was Derek. You’d be scaring me. You’re a little amped all the time…Of course it’s a big thing. But there’s also a thing about totally scaring the guy away.”

You have no idea what you’re in for tonight. 🤯 You might need some wine for this one. #MarriedAtFirstSight is on RIGHT NOW. #lifetimeandlounge

Katie’s dad told Lifetime producers that he was more than a little disappointed to hear about the problems between Katie and Derek.

“Coming here tonight, Kim and I were thinking that this was going to work,” Dante told Married at First Sight producers. “This is that core value, family guy that I was hoping for for my daughter. But just hearing some of her comments tonight, I’m a little concerned.”

Dante added that Katie could be hard-headed and stubborn, and that he hoped she was willing to be flexible enough to make the relationship work. “I know there’s been ups and downs, but she’s gotta understand that it takes some bending on her side,” Katie’s dad said. “I just would hate for her to give up, because I think there’s a lot there.”

Katie’s dad encouraged his daughter to think about Derek’s positive traits, not just what she didn’t appreciate about him. “Let’s try to focus on some good things,” he implored her. “What are some good things that he’s done?”

The Married at First Sight star gave a somewhat half-hearted answer. “Whenever we do get into a fight, he’s pretty quick to apologize and try to resolve it,” Katie admitted. “He’s a genuinely just good person. I think maybe he just doesn’t really know the way to love me the way I need or want to be loved. And maybe he has to figure that out or that’s something we just have to learn as we go.”

But Katie’s dad insisted that Derek far surpassed any of her previous boyfriend. “He seems like, at his core, he’s a better guy than anybody that I’ve seen you date,” Dante exclaimed.

Katie agreed, but still didn’t seem excited about her husband. “I would say he’s a better guy in that he doesn’t have malicious intentions,” she confessed. Still, she told her dad and stepmom that she didn’t know if she saw enough potential in the relationship to say “yes” on Decision Day.