COMIC fans could be sitting on a fortune with the rarest Beano worth up to £20,000 to die-hard collectors.

To mark the 40th birthday of parody superhero Bananaman, The Sun is revealing some the most valuable comics that may be gathering dust in your home. 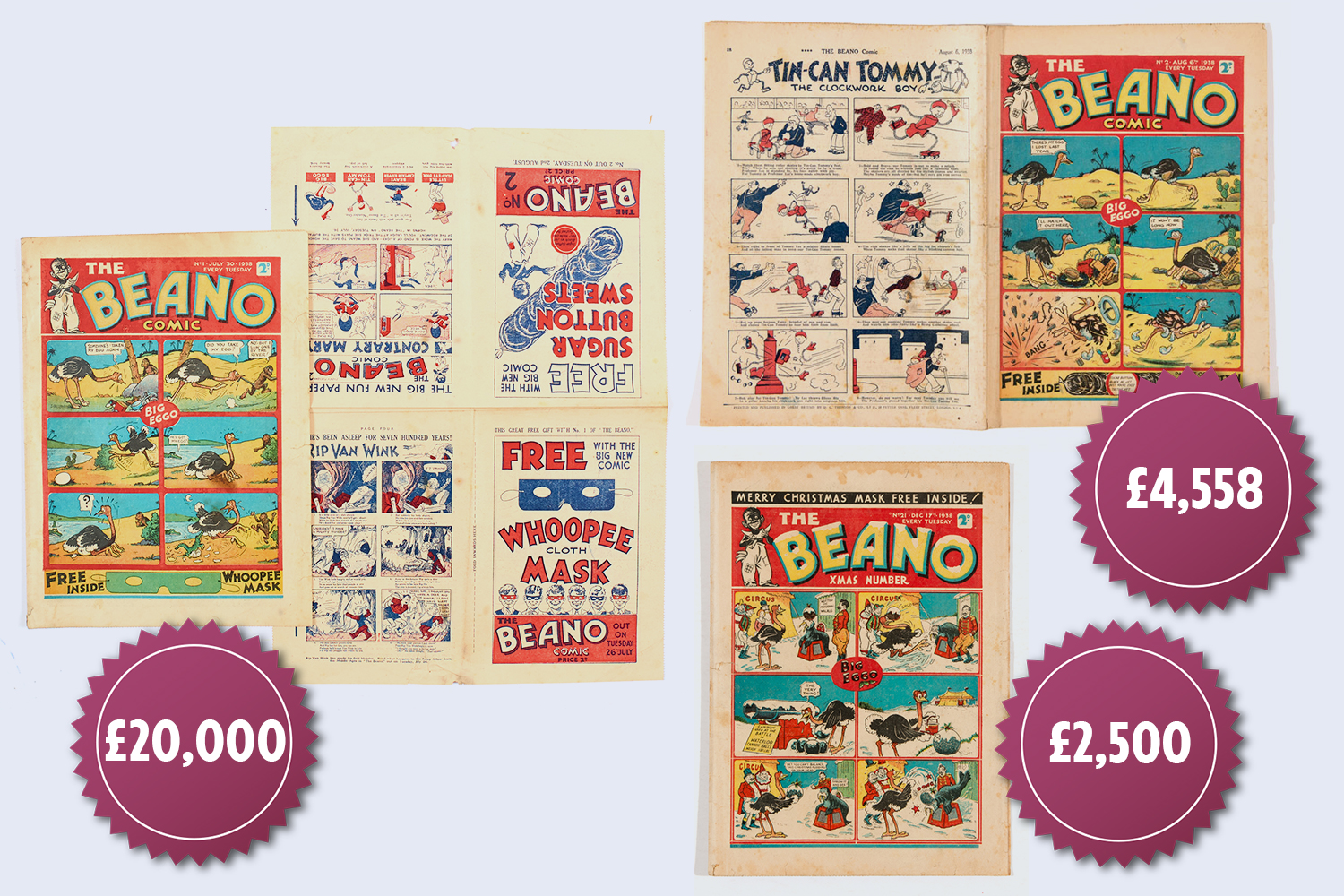 Bananaman appeared in the first-ever edition of Nutty magazine on 16 February, 1980, before making several appearances in The Beano and The Dandy.

A mick-take on your usual heroes, he’s portrayed as schoolboy Eric Wimp who transforms into a muscular figure with a cape when he eats bananas.

If you remember Bananaman, chances are you were probably an avid comic collector – but did you know some of those magazines could now be worth something?

We spoke to auctioneer Malcolm Phillips of Comic Book Auctions to see which ones you should keep an eye out for.

It's worth noting that a comic is only worth what someone will pay for it, so the price you could get for one is never guaranteed.

"Most of our customers search for titles that captured the nostalgia and innocence of their youth and chief amongst those titles is The Beano." 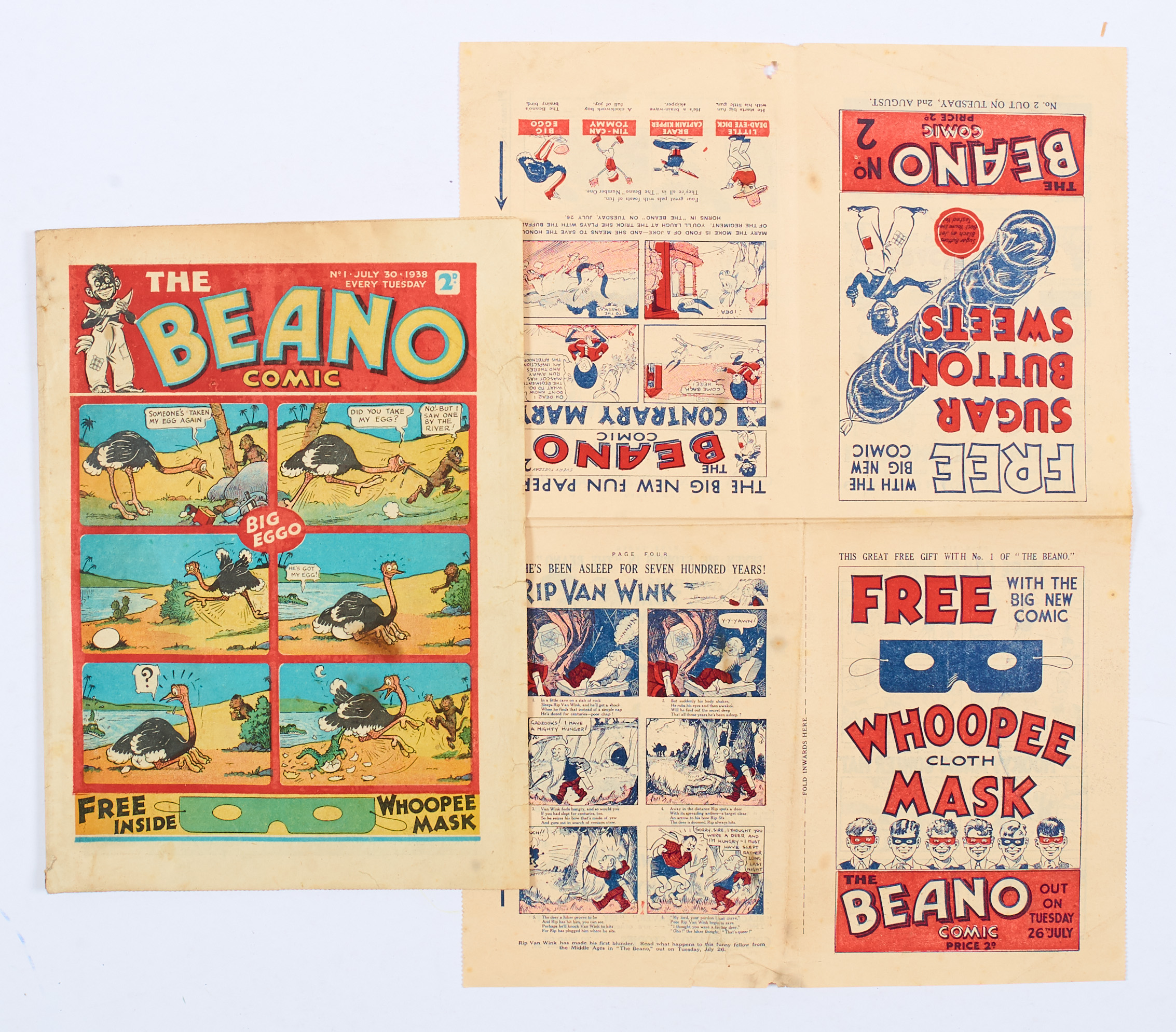 When it was first launched the Beano could be picked up for twopence – less than 1p today – but it's now worth substantially more.

There are only 20 known copies left in the world.

What makes a comic book valuable?

COMICS aren't automatically worth a mint, even if they are rare – there are certain things collectors will look for if you list one for sale.

Malcolm Phillips of Comic Book Auctions reveals the top things to keep in mind if you're planning on selling.

Get in contact with an auction house if you believe you've got something of value.

Comic Book Auctions is known as the biggest online auction site in the UK that specialises only in magazines.

They hold auctions every month, with each usually lasting the entireity of the month. 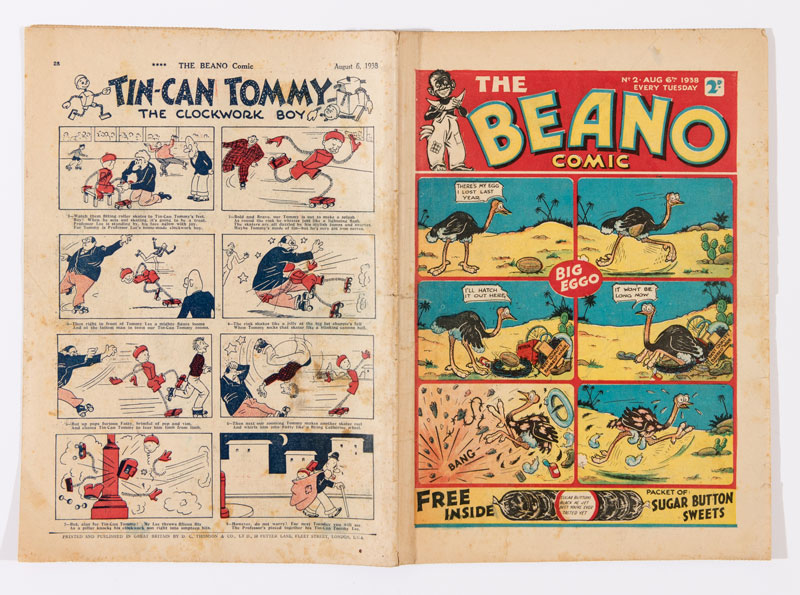 Unsurprisingly, the second Beano comic is next in the ranking of most valuable and actually, Malcolm says this one is rarer than the first as fewer copies were produced.

One sold for £4,558 at an auction in 2015, where the listing states only ten editions are known to exist.

The one that sold for this amount was described as having a "bright cover with some margin tears and spine wear". 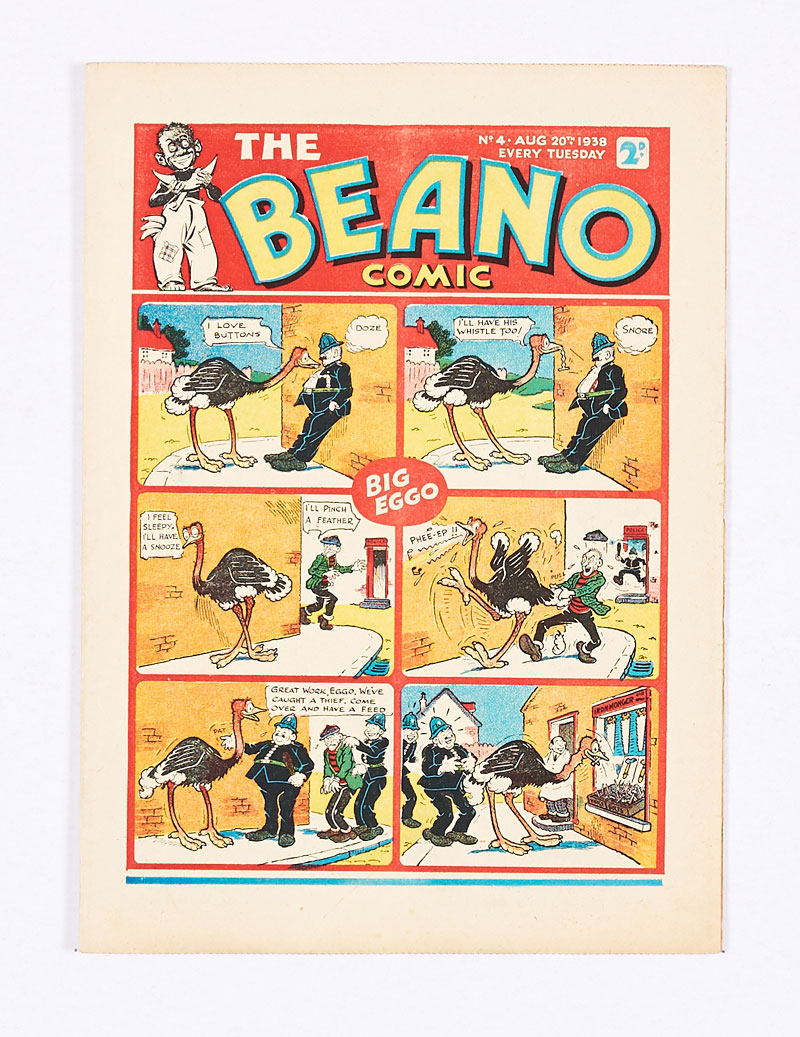 This copy of the fourth ever Beano fetched £3,181 at auction just last year because it was described as "the highest graded copy ever offered at auction".

Like most older Beanos, only a handful are thought to still be knocking about.

The cover was listed as "mighty bright" and the pages were said to have minimal tears. 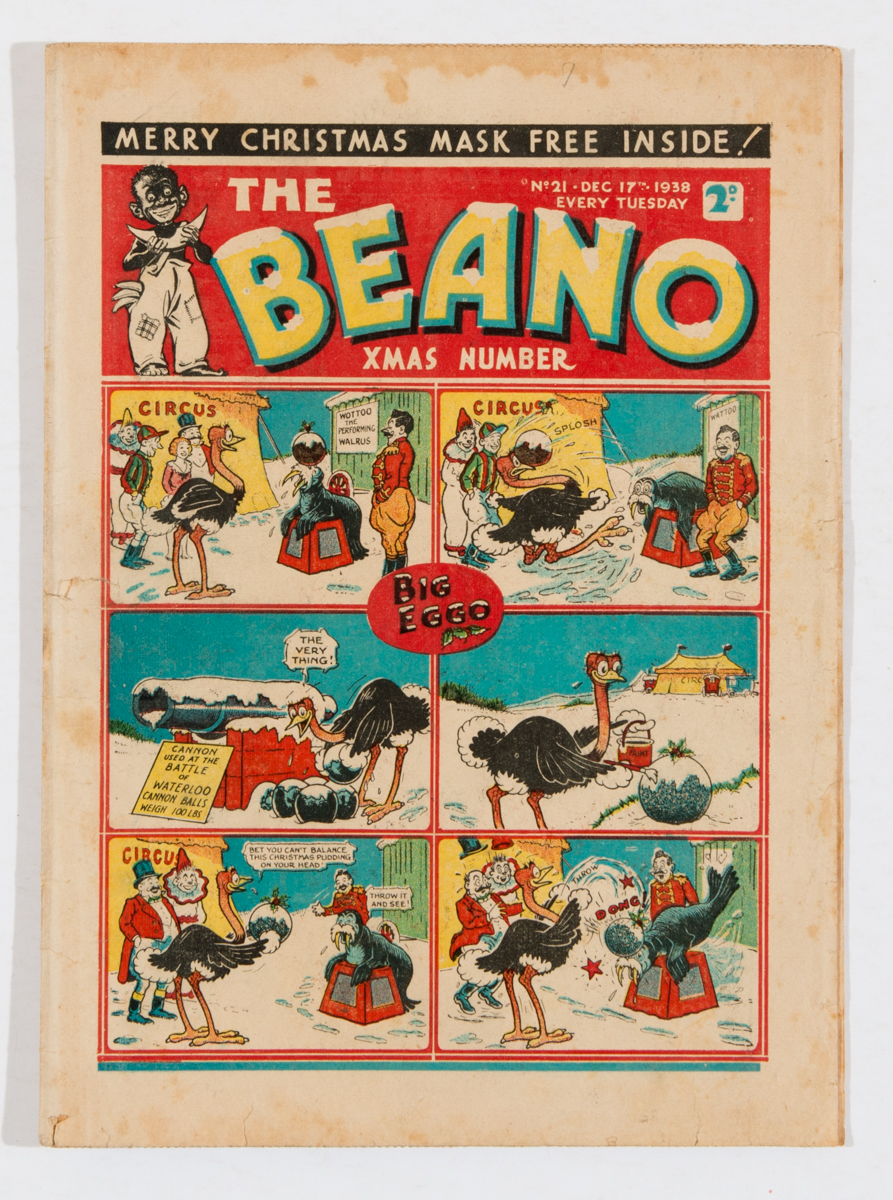 The first-ever Christmas edition of the Beano is sought after by collectors – although only a few copies are known to exist.

It was listed as having "bright fresh covers" and "cream pages" suggesting it was in fairly good condition. 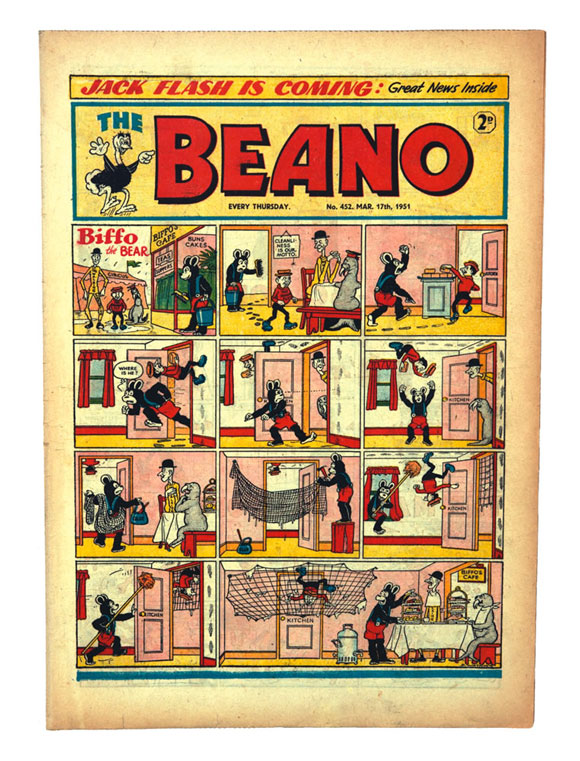 Malcolm tells us issue 452 of the Beano is very special to collectors – because it contains the first appearance of Dennis the Menace.

For this reason, it'll likely fetch you a few hundred pounds at auction if it's in a good state.

We've seen one copy sell for £342 in 2010 that had "bright cover colours with cream/light tan pages and slightly darker edges".

It's not just comics that are worth a bob – check out these ten classic toys from Barbie to Hot Wheels that could now be worth up to £2,110.

Plus here are the most valuable vinyl records of 2019 – do you have one worth £3,400 in your collection?

Plus, your childhood Toy Story memorabilia could also be worth up to £680 on eBay.