Home » Celebrity » Mother, 41, who is mistaken for her 22-year-old daughter's sibling

Mother, 41, who spends ‘all her time’ with her daughter, 22, going to nightclubs and festivals reveals they’re often mistaken for sisters

A mother who regularly enjoys late night clubbing with her daughter despite an almost 20-year age gap, has hit back at critics who question their close bond.

Gemma Clarkson, 41, and Cherie, 22, from Swansea, West Glamorgan, South Wales, spend almost ‘all their time’ together visiting pubs, clubs, gigs and festivals, where fellow party-goers have mistaken them for sisters.

The duo who enjoy making memories together, have disregarded critics who disapprove with the belief that ‘life is too short’ to care.

‘I still remember going down to our local for our first drink together when Cherie turned 18. Now, we’re out together most weekends,’ said Gemma. 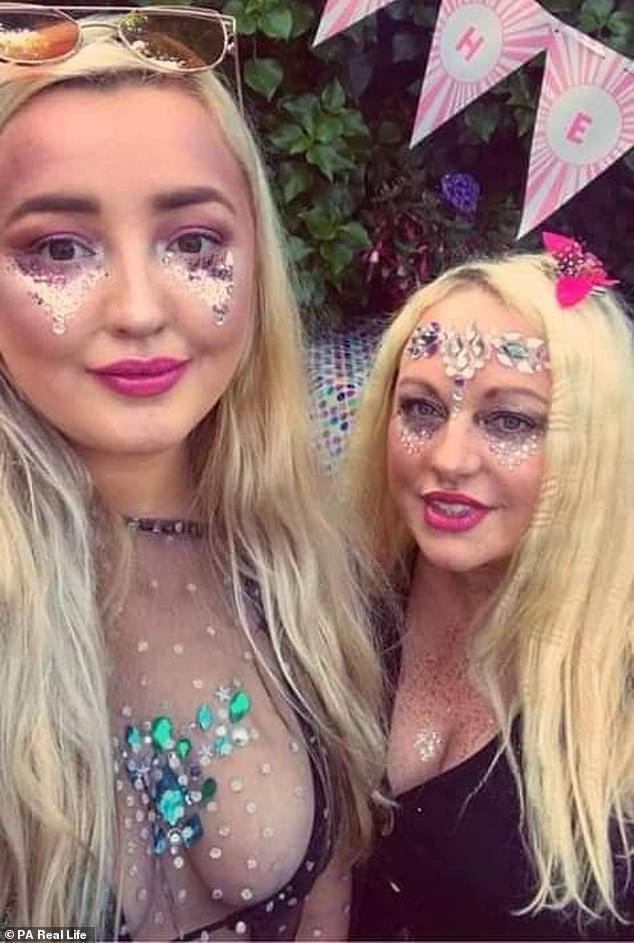 Gemma Clarkson, 41, from South Wales (right), who regularly goes clubbing with her daughter Cherie, 22, (pictured at her mermaid-themed 21st birthday) revealed how they developed their close relationship

The mother who home-schools her son, Brady, 11, full time, revealed she and Cherie have had to overcome negative attention while out together.

She continued: ‘We’ll go clubbing together, to gigs, to festivals – we just love spending time together.

‘I get the odd negative comment, with people insinuating I’m too old to still be clubbing, or that I’m crossing some sort of parental boundary, but I’m still Cherie’s parent. We’re just very close.

‘A lot of the time, when we are out together, people won’t immediately realise we’re mum and daughter. I hate to say it, but they do mistake us for sisters.’

Gemma who said she was ‘fairly young’ when she had Cherie, revealed the bond between them was instant.

Speaking of the professional party planner, she said: ‘We go everywhere together and there’s always a big mix of ages when we hang out,’ she said. ‘Her friends will invite me out and vice versa. 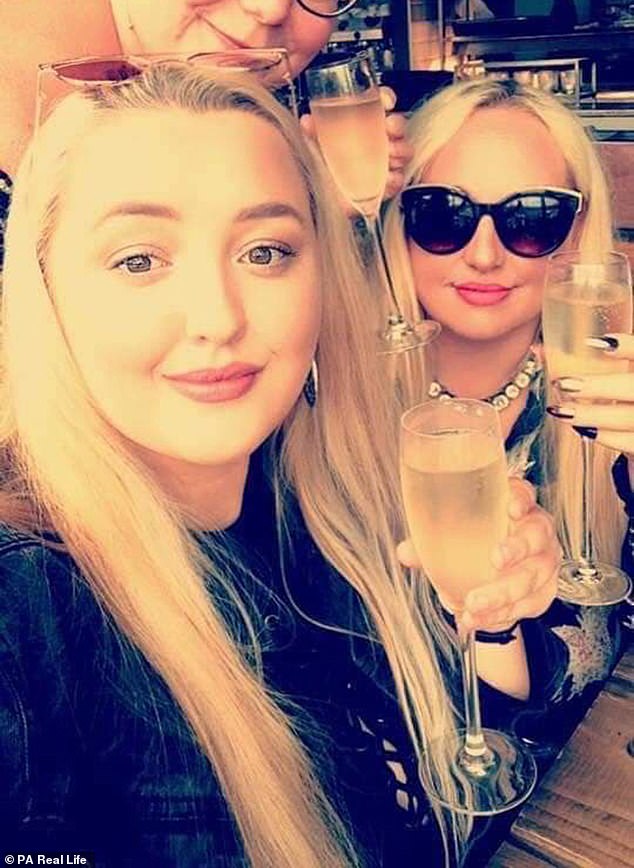 Gemma  (pictured with Cherie) revealed there are times when her mother Adele, 60, joins in with she and Cherie’s visits to the pub or girly days out

Before she began home-schooling Brady, Gemma ran a pub which Cherie would visit, socialising with people of all ages.

She added: ‘She wouldn’t be drinking alcohol, obviously, given that she was underage, but she’d come and hang out while I was working – playing pool or having dinner with her friends.’

When Cherie turned 18, she and Gemma enjoyed their first legal drink together.

Since then, the mum and daughter duo have become a key part of each other’s social circles, with Gemma’s mum Adele, 60, occasionally joining the fun, too.

‘My mum isn’t a massive drinker, so she certainly wouldn’t want to come out clubbing or anything like that,’ laughed Gemma.

‘But she will join us in the pub or for a girly day out.

‘It’s nice to have that quality time – three generations all together.’

Although the majority of people are positive about Gemma and Cherie’s close relationship, they have, in the past, faced some criticism.

Gemma said: ‘You do hear people say, “My kids would be so embarrassed”, but that just makes me really sad. I don’t understand the concept of not wanting to spend time with your parents. 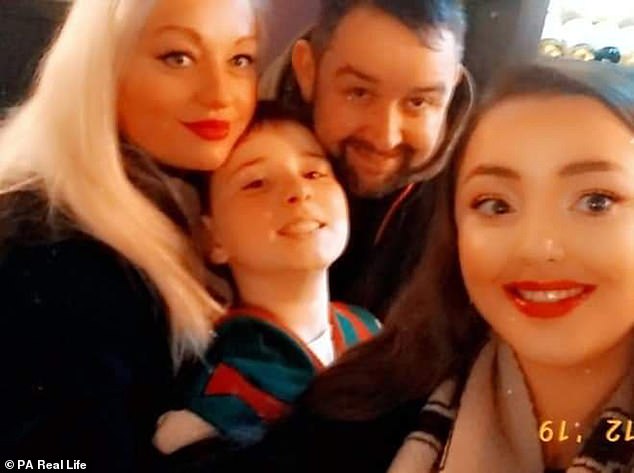 Gemma (pictured with husband Jeremy, son Brady and daughter Cherie) said she and her daughter have similar interests despite their almost 20-year age gap

‘Life is too short to worry about what other people think. I lost a couple of loved ones last year, and I know how much their children would want to spend more time with them, so I want to make as many happy memories as I can.

‘We may have an almost 20-year age gap, but Cherie and I are actually very similar. We like the same music, have the same hobbies and love going out and having a drink.’

The pair count a Carrie Underwood gig in Cardiff for Cherie’s 21st, and Radio 1’s Big Weekend festival in Swansea in 2018 as some of the best events they’ve been to together.

Getting up at ‘the crack of dawn,’ Gemma managed to bag free tickets for her, Cherie and all their friends.

‘Cherie shares everything with me,’ she said.

‘Sometimes, it can be slightly too much information, but I am glad she feels comfortable enough to tell me. 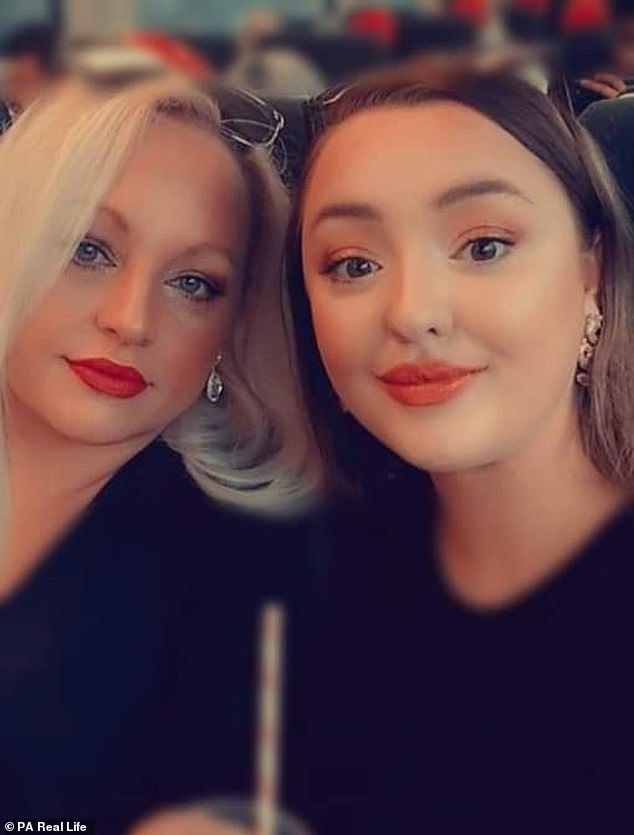 Mother-of-two said her children are very well-behaved and know that she’s still their parent, if she ever needs to discipline them

‘I know she would never be afraid to tell me something, or ask me for advice or help. I’d never want her to feel like she has to hide something from me.

‘I find it easy to talk to youngsters, so her friends confide in me too. Nothing is off limits.

‘Some parents might worry that being this way would blur boundaries, and cross a line, so that I couldn’t tell her off if I needed to.

‘I’m lucky that my children are very well-behaved, but if I ever do need to discipline them, of course I know I am still their parent. I will just raise an issue and then move on.’

Gemma also believes that by raising Cherie in an environment where she was often around older people, it has made her comfortable with all age groups and enabled her to talk to older people with ease.

She said: ‘Our house always had an open door policy for Cherie’s friends and mine, too. We’re lucky that we have such a close-knit circle of friends around us, but she will happily spend time with mine and not feel fazed. We’re one big group, really.’ 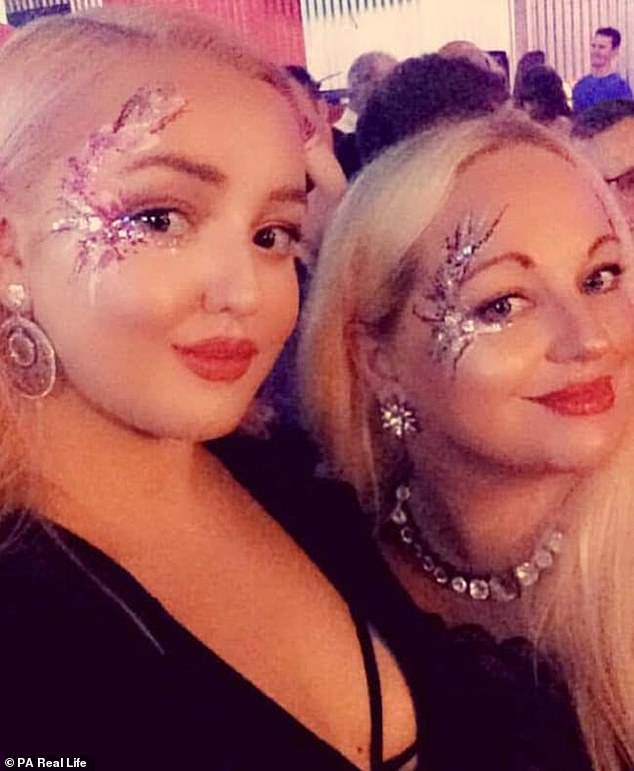 Gemma (pictured with Cherie at a festival) revealed that they didn’t get to bed until 2am, following their night out last weekend

Not looking to hang up her party shoes any time soon, Gemma joked that she can still ‘just about’ keep up with Cherie and her friends, and hopes that by speaking out, she will convince others not to worry about judgmental strangers.

Gemma, who is married to chef Jeremy, added: ‘I’m on the same level as Cherie and her friends and can just about keep up with them.

‘We went out last weekend and I didn’t get to bed until 2am – but as long as I get a bit of sleep, I’m fine.

‘I understand people are worried about being judged, but I honestly don’t see it as my problem if someone can’t see where I’m coming from.

‘It’s important to retain a good relationship from a mental health perspective, evolving and being involved with your children as much as you can. I see quite a lot of youngsters who are desperate for some quality time and guidance, so hopefully this will help prevent future issues. 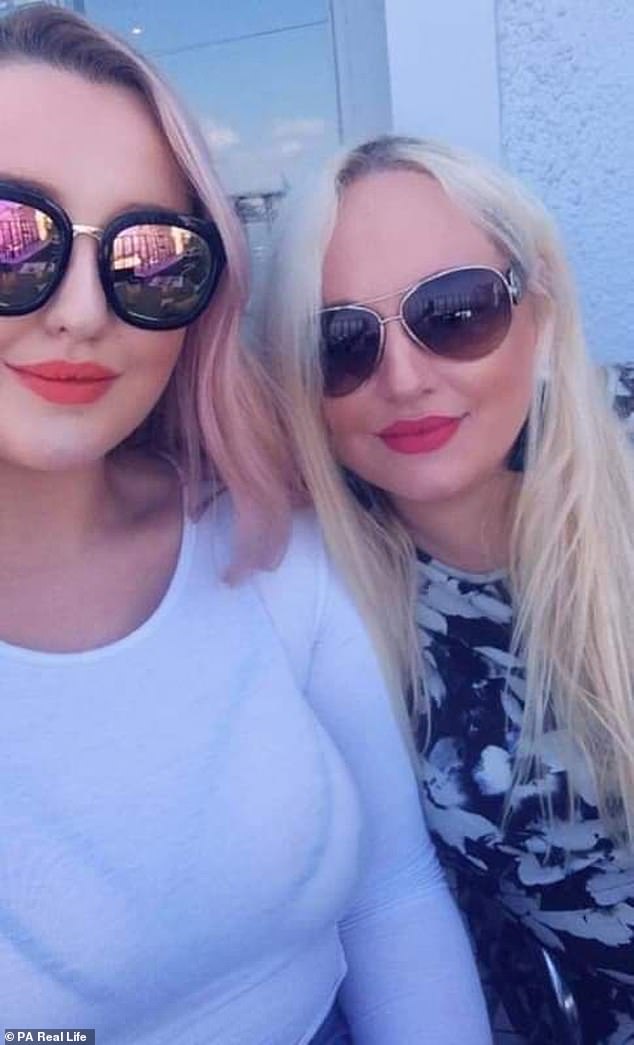 Cherie (pictured with Gemma) said her friends also love her mother, but she understands that everyone’s relationship with their parents is different

‘I’m not hurting anyone, I’m just spending time with my daughter and we’re both having fun. I hope one day, she’ll have a similar relationship with her children, and we can all go out together.’

Cherie said: ‘Some people seem to find the idea of their parents having fun cringey, and say they’re too old, but I don’t see it that way.

‘I know everyone’s relationship with their mum is different, but mine is my best friend. I’ve never been afraid to tell her anything. Communication in the whole family is open, and we tackle problems together.

‘I think if you come down too strict on your child, that’s when they rebel as they get older, but I’ve never wanted to do that.

‘My friends love Mum, and vice versa. We’re like one big group. I love spending time with her and life is too short to worry about what others think.’ 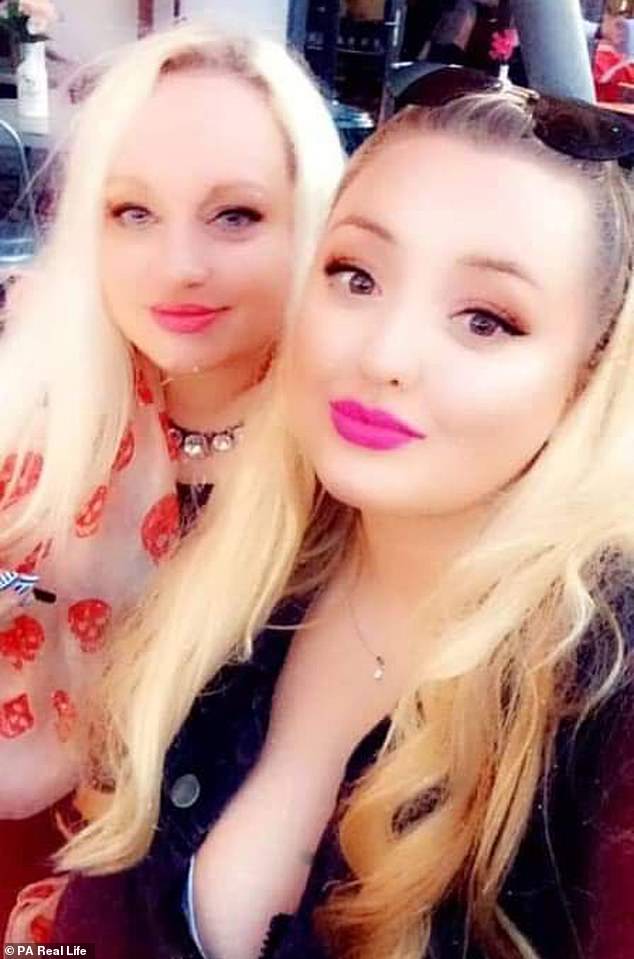 Gemma (pictured with Cherie) hopes that Cherie will have a similar relationship with her own children, so that they can all go out together