Phillip Schofield, 57, and Holly Willoughby, 38, were joined on the show by 80-year-old pensioner Iris to discuss the fact she couldn’t marry her 35-year-old lover, Mohamed Ahmed Ibriham, because of the age gap between them. However, she shocked the This Morning presenters by going into graphic detail with regards to their sex life, leaving the ITV hosts utterly speechless.

Iris met her Egyptian partner online and after two weeks, he admitted he loved her and the couple have been happy ever since.

There have been concerns from her friends and family about the age gap, but the pensioner is persistent age is just a number.

Sat on the sofa with Phillip and Holly, the elderly guest explained why she enjoys Mohamed’s company.

However, in doing so, she made the x-rated confession about their first night of passion, leaving her interviewers and viewers at home in hysterics. 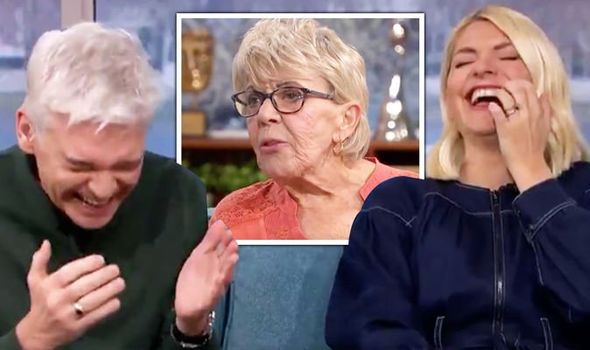 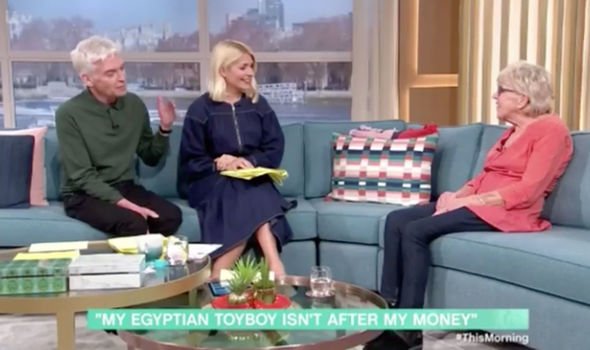 Asked about their sex life, Iris said: “The first night…pretty rough,” with the host’s eyes demonstrating their shock.

“It was rough,” she continued, before adding: “It was rough – nobody had been near me for 35 years. I thought I was a virgin again.”

Uttering the first words either presenter had said with regards to the x-rated discussion, Holly replied: “Oh, really?”

Going into more graphic detail, the guest explained: “I couldn’t walk the next day,” which left the hosts clasping their hands to their mouths. 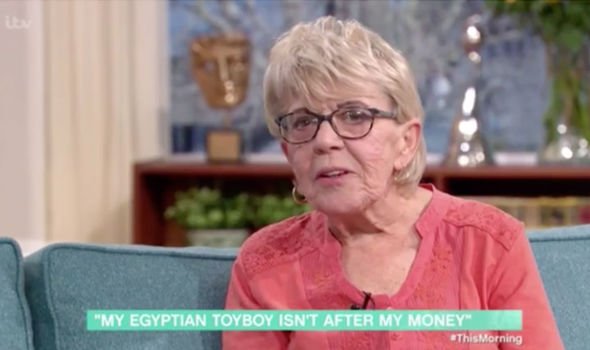 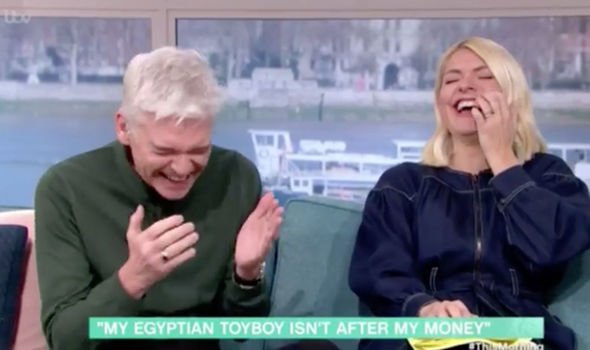 “I felt like I’d been riding a horse,” Iris continued, before admitting she and Mohamed had “got over” the strenuous bedroom activity.

Phillip couldn’t bring his head out his hands as the pensioner added: “The sex is not the important thing because I can’t sleep with him.

Explaining the difficulty sharing the same bed as her partner, the guest said: “You get an elbow in the face and knee in the back.”

Despite the x-rated chat, Holly and her co-presenter were able to gain back their composure before concluding the interview.

Taking to social media, viewers of the show expressed a whole array of reactions to Iris’ sex life confession.

One posted: “Loved Iris. I must say I did have my hands over my mouth at one point. Best of luck to them both xx.”

Another added: “She made me choke on my Apple turnover! She’s [ace].”

Whilst a third wrote: “Omg hilarious heartwarming and too much,” a fourth commented: “Hilarious !! Good on ya Iris.”

The official Twitter account for the show also joined in on the stark reaction to Iris’ ventures with her toyboy lover.

“There’s just some things we never thought we’d hear on the show, but we loved Iris’ honesty!” the post read.

Other viewers were also petitioning for the pensioner to be a panellist on This Morning’s sister show, Loose Women.

“Campaign for Iris to join Loose Women,” one viewer wrote on Twitter.

This Morning airs weekdays at 10am on ITV.