Home » Celebrity » TUGENDHAT: Silk-tongued wheel-greasers are selling us out to despots

Silk-tongued wheel-greasers are selling us out to despots, says TOM TUGENDHAT

It was Vladimir Lenin – one of Xi Jinping’s favourite philosophers – who famously said capitalists would end up selling the very rope the communists would use to hang them.

And for once, the Russian revolutionary is exactly right.

We’re lucky to live in a country known for fairness and the rule of law. Our judicial system and our parliamentary democracy are the most respected in the world. They’re part of the reason people around the world trust Britain and are happy to do business with us. 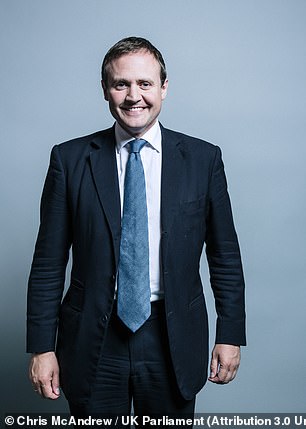 That respect is built on the knowledge that brand Britain stands for quality. From Rolls-Royce to regulation, the skill of our workers and the integrity of our courts weaves a story that gives confidence that our contracts are trustworthy.

Other nations are less fortunate. Deals in some countries are simply not to be trusted. Fake companies in China have been traded on the US stockmarkets and businesses in Russia have won contracts through actions more suited to a gangster movie than a boardroom.

When oligarchs use our courts because their own are corrupt, they’re buying trust as much as legal expertise, and when they draw finance from our banks, they want the confidence to know the agreements are safe as well as cheap.

But some of our firms have forgotten that trust underpins vast amounts of our professional services, and are looking for a fast buck.

Instead of being careful who they serve, some just want the cash and will sell their reputation as well as their skill.

However, in some of the grandest boardrooms in our country, with famous names on the letterhead, a worrying number of unscrupulous individuals and enterprises are prepared to help some of the world’s nastiest regimes – undermining the reputation of all of us.

Everyone has the right to representation before the law, but there’s a difference between taking a case as the duty solicitor called to the police cells and sending partners to tout for trade among criminals. and advising firms on the complexities of modern politics isn’t the same as helping firms to find ways around democratic oversight.

While one side helps trade and increases trust, the other feels like sharp practice. But it doesn’t just cost them.

Well-heeled lawyers and slick accountants taking eye-watering fees from oligarchs aren’t just helping silence critics through the British courts, or to turn questionable profits into seemingly honest businesses, they’re undermining the foundations on which they’ve built their business, they’re cheapening the value to their words.

Deal by deal, a few bad apples are putting at risk the reputation that makes them rich. again, I am not talking about those mentioned on this page, but the country is being sold out by individuals ranging from some lawyers and accountants to a few former Ministers and advisers.

Too frequently, we’ve seen those who once wrote the rules and negotiated agreements to protect us, and some who still sit in our Parliament, selling the tricks they learned in Government.

Why should state enterprises or gangsters be able to cheat the rules the rest of us have to follow? It makes life harder and more expensive for all of us. Estate agents turning a blind eye to property deals it’s clear the foreign official couldn’t possibly afford legally are putting up the price of homes for all of us.

By promoting a culture of impunity, we’re weakening democracies and allowing dictatorships to grow. allowing oligarchs and statebacked enterprises – too often connected to corruption, crime, or human rights abuses – to move their money freely, makes the world more dangerous for everyone.

Many will blame the regimes who hire the silk-tongued wheelgreasers, but they’re doing exactly what we should expect.

It’s our own suited svengalis – those members of the governing and business class who are happy to do our rivals’ bidding – whose actions are truly shameful.

They’re not just costing jobs; they’re weakening our influence and costing our future. If we lost our reputation for quality, and the world started to see us as a place where rogue states and criminals could get their own way, would our friends and partners be so keen to do business here?

As chair of the Foreign affairs Committee I know we need to trade with countries who don’t share our values, but that doesn’t mean selling out. we need to call out those whose actions cost us all and expose the risk they pose to our jobs, our reputation and – sometimes – national security.

Their actions are immoral, unjust and thoroughly un-British. They betray us all and they must stop.