Home » Celebrity » Who are The Great British Sewing Bee 2020 contestants? – The Sun

THE Great British Sewing Bee returns to the small screen TONIGHT (Wednesday, June 10) with another episode from the sixth series.

Talented amateur tailors and seamstresses will compete for the title of Britain's best home sewer in the 2020 edition of the popular BBC One show. 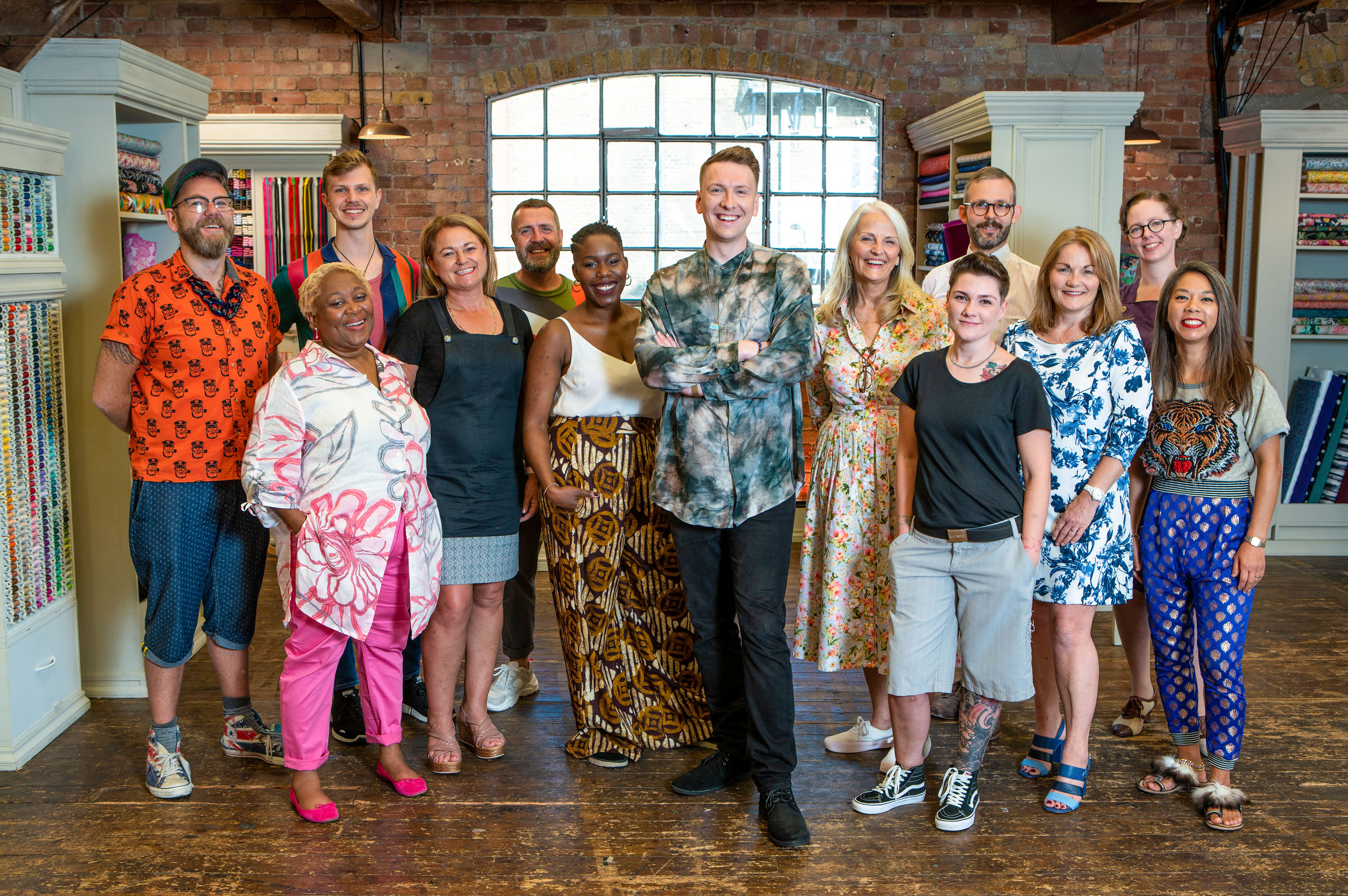 Who are The Great British Sewing Bee 2020 contestants? 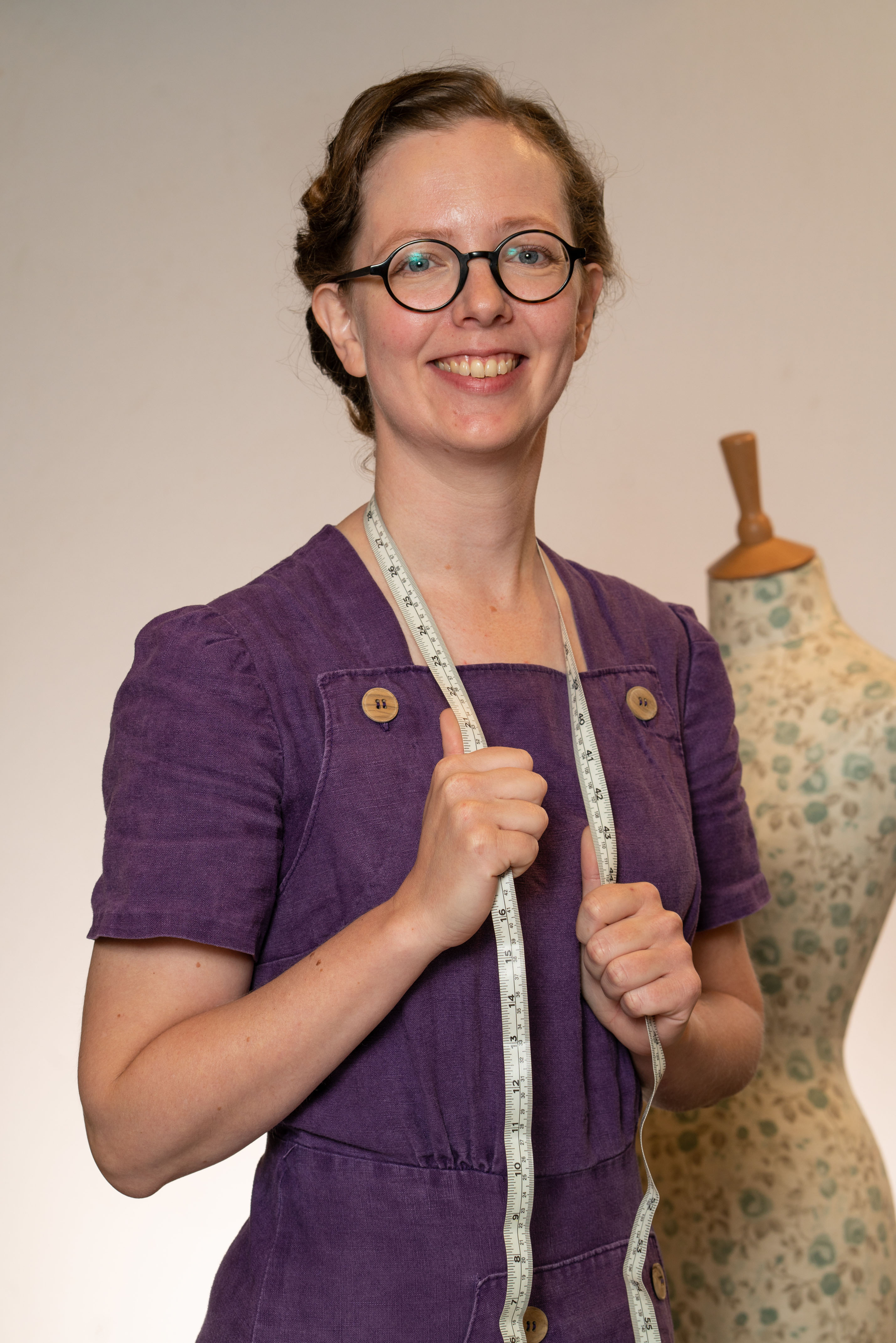 Clare's job as a doctor is hectic and she says sewing gives her an enjoyable creative escape.

Following in her mother’s footsteps she is a medical consultant at a hospital in Portsmouth with specialist interest in lung cancer.

Clare was taught to sew as a teenager by her mum, but didn't pick it up again until five years ago through her love of vintage clothing.

She is inspired by the 1930s and 1940s, and makes her own clothes using modern copies of vintage patterns. 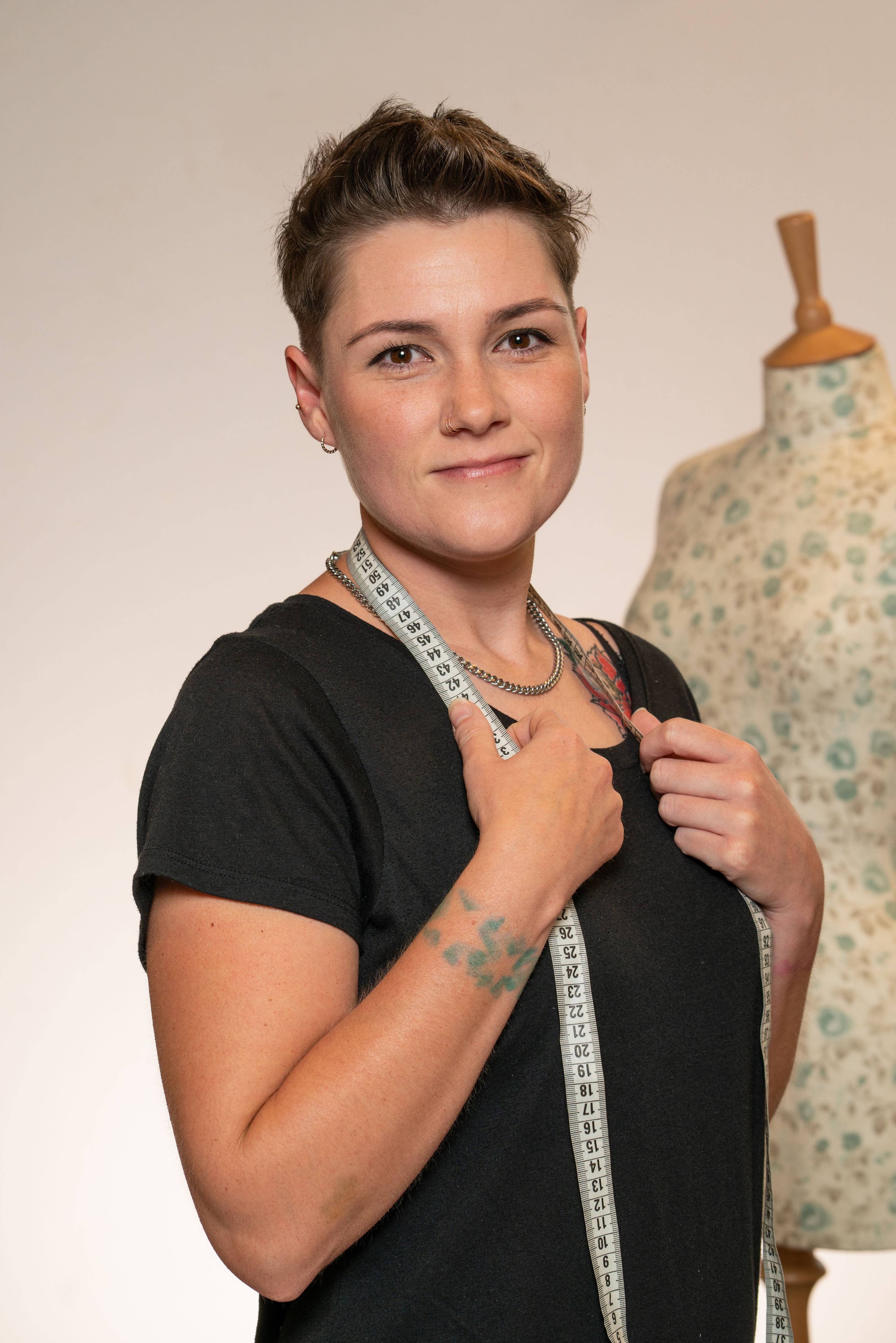 Liz loves goth punk style, and using creative patterns with a palette of black and grey she’s made her own homemade wardrobe.

After graduating from university, Liz went into product management and currently works for an outdoor power equipment company. 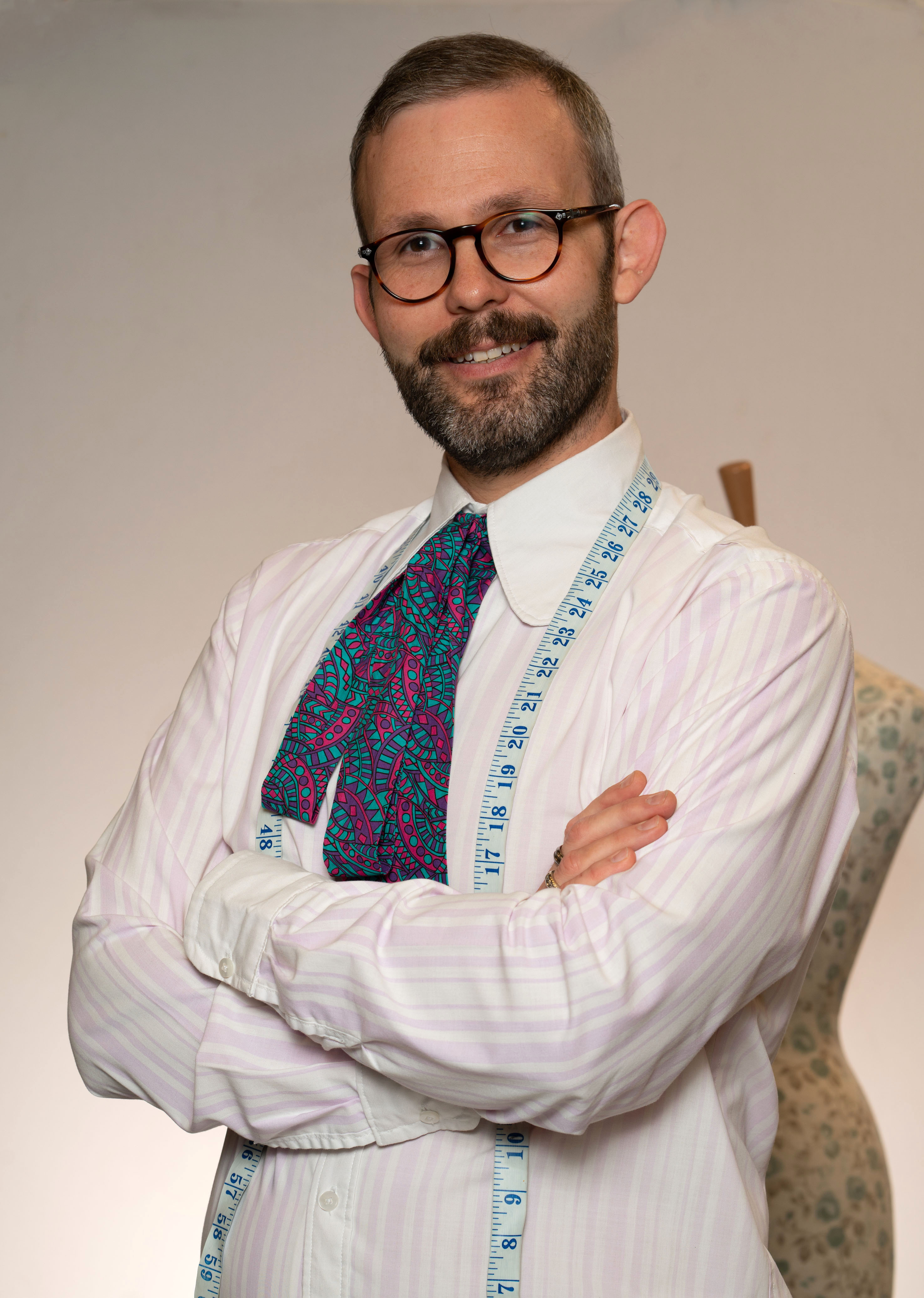 Mark studied music at college, before becoming a personal banker.

As well as his love for sewing he keeps his passion for music alive by playing as a pianist in the evenings after work.

He learned basic sewing skills at his local haberdashery and now sews vintage inspired menswear for himself, his husband and dogs.

Mark is a fan of big collars and cuffs, and takes inspiration from Dr Who costumes. 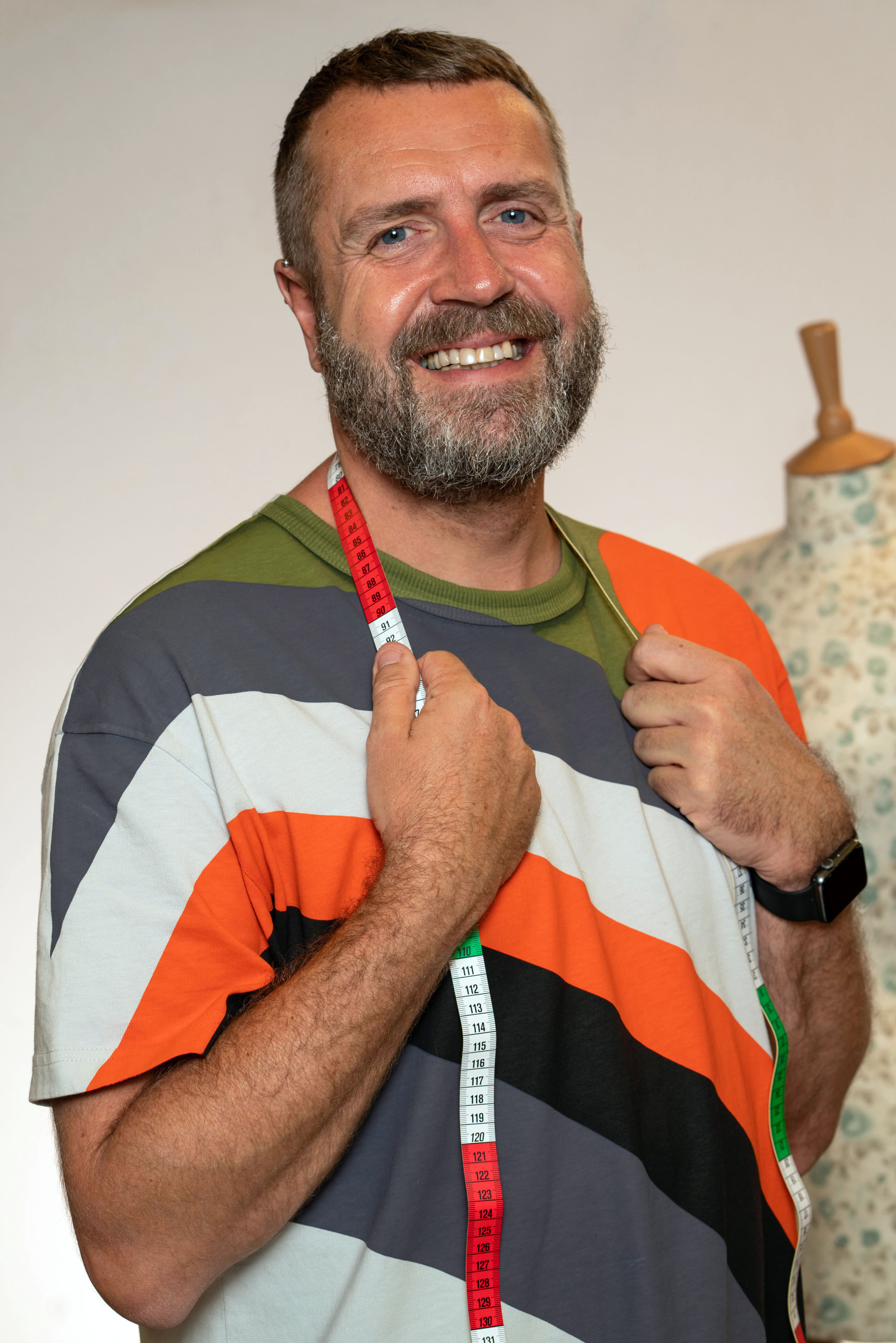 Matt works as a broadcast engineer where he monitors 45 TV channels broadcasting around the world.

But the 43-year-old dreams of doing something more creative professionally and first started sewing in 2017 when he threw a drag party and made his own dress.

Since then he continues to make drag outfits for himself, his partner and his friends in the East London LGBTQ community. 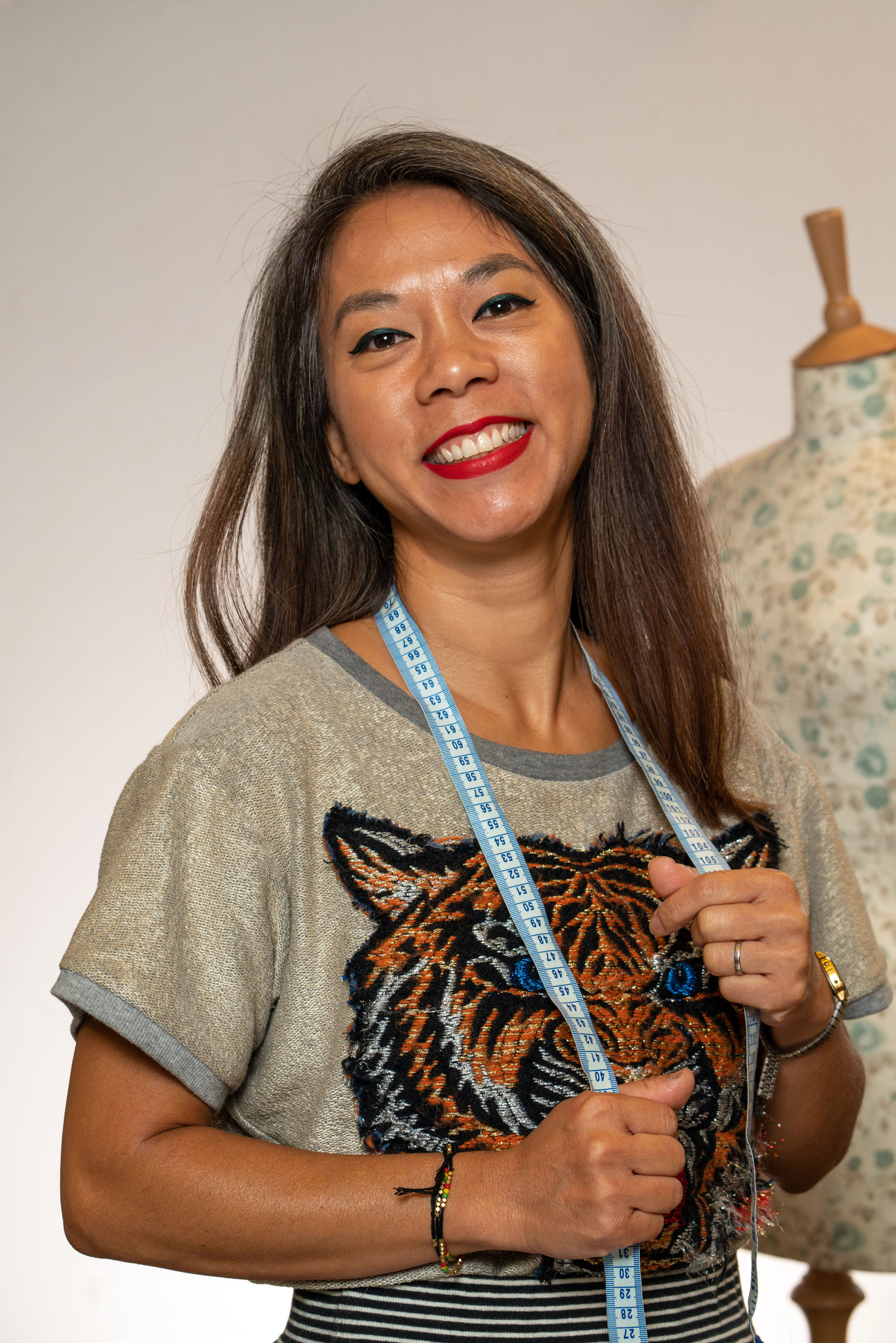 Nicole grew up in Trinidad and was introduced to dressmaking, often visiting a seamstress to have garments made as the choice of imported clothes was limited.

Today, Nicole’s says her sewing style is comfortable and relaxed, suited to a mum working from home.

But that doesn't mean it lacks in glamour – making clothes in slinky metallics, bold Asian prints and fabric sourced from fashion fairs in Paris. 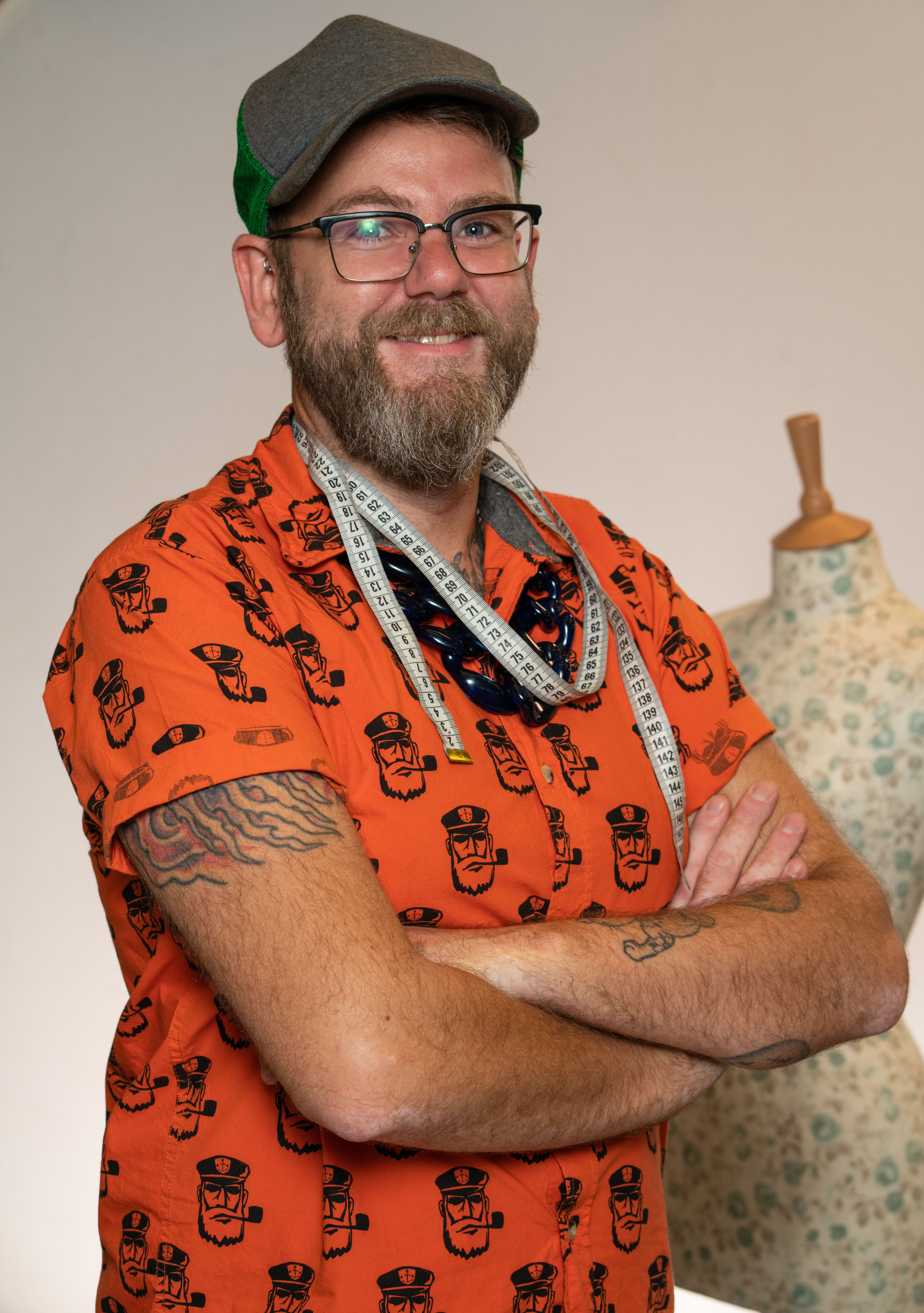 Peter is inspired by design rebels like Alexander McQueen and Vivienne Westwood when making his own clothes.

He has a workshop in the spare room of his flat where he experiments with designs.

After leaving school Peter trained as a hairdresser and moved to Brighton when he was 20, where he now works as the deputy manager of the Brighton YHA. 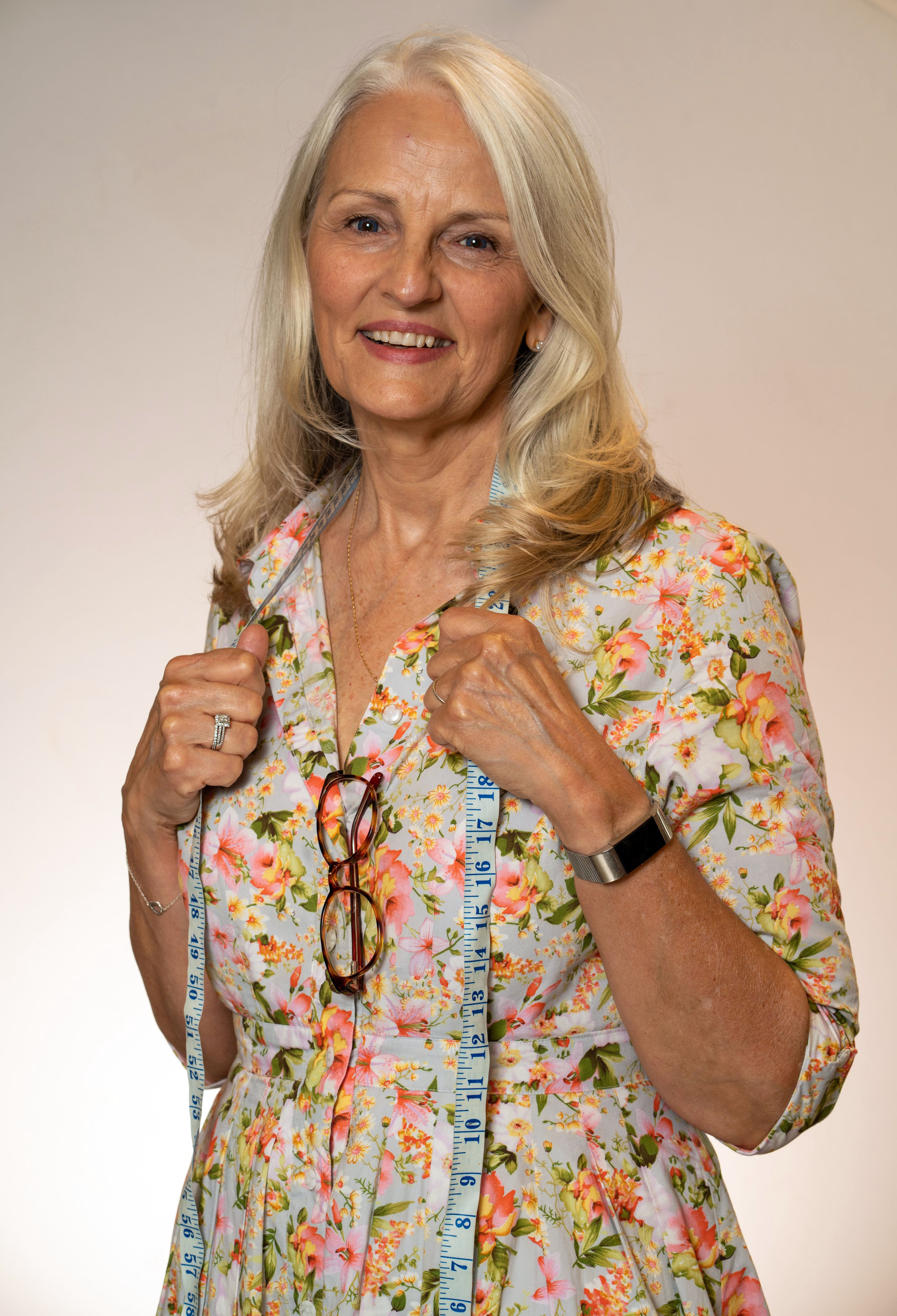 Therese was taught to sew by her primary school teacher and first made a gingham apron which ignited a love for the craft.

She trained as a primary school teacher in England but moved to Abu Dhabi with her family where they spent nine years. Following 40 years in the teaching profession she has retired and now tutors privately.

Therese loves the reduce, reuse, recycle ethos, upcycling clothes for her grandchildren and updates her own garments instead of buying new.

Alex, 24, Student from Gloucestershire (OUT) 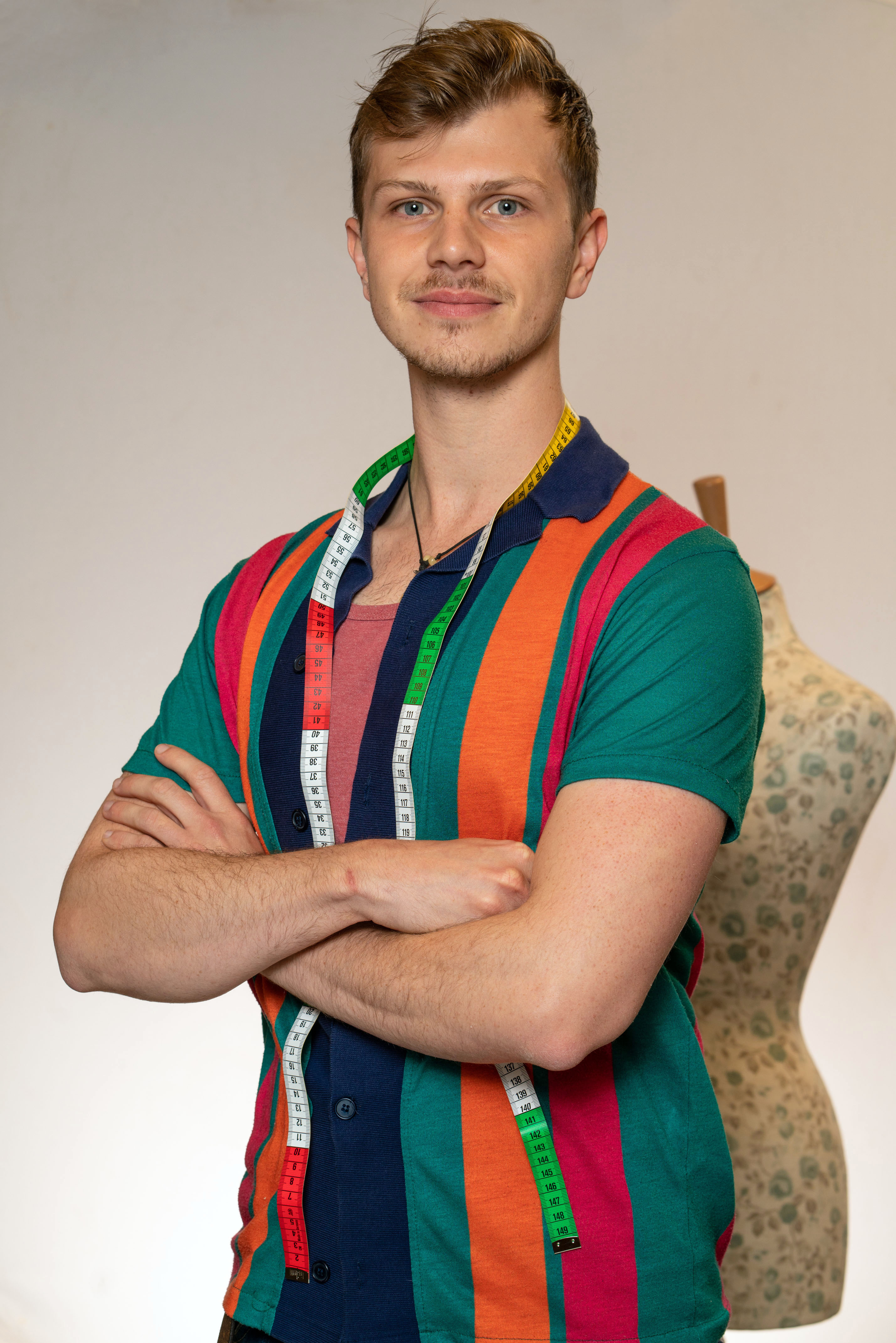 Edinburgh University student Alex is the youngest contestant this year.

He is studying cognitive sciences and also loves ballroom dancing.

Only learning to dance three years ago, he has quickly risen to competition standard, now winning awards across Europe.

Alex was taught to sew by his mum when he was teenager, who he watched make wedding dresses on her 1980s sewing machine.

He now spends his downtime creating his own clothes.

Ali, 48, Paramedic from West Yorkshire (OUT) 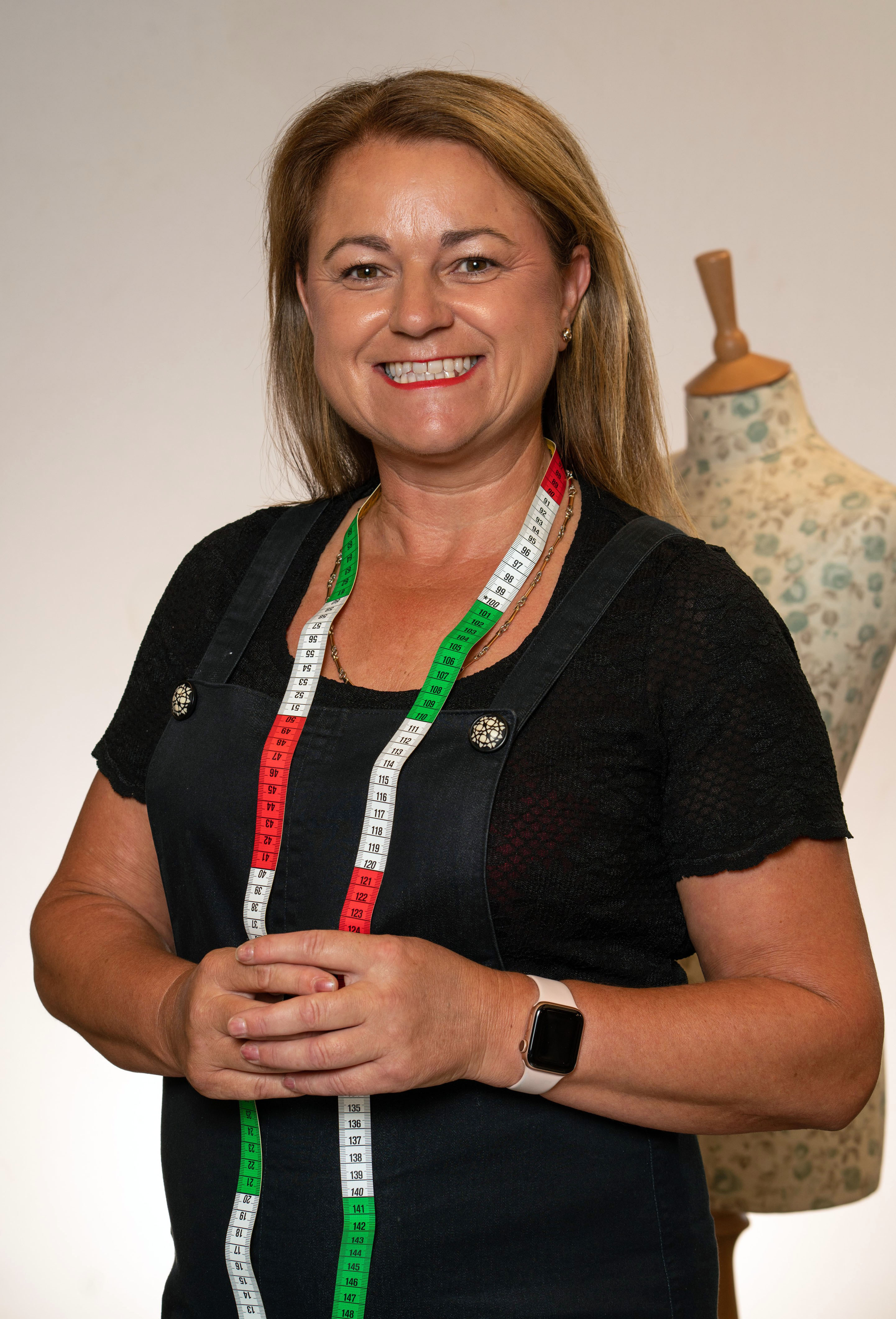 In 2013 she started a popular sewing blog and arranges sewing community meet ups.

The Yorkshire lass has been a paramedic for 23 years and her career has seen her deliver countless babies. 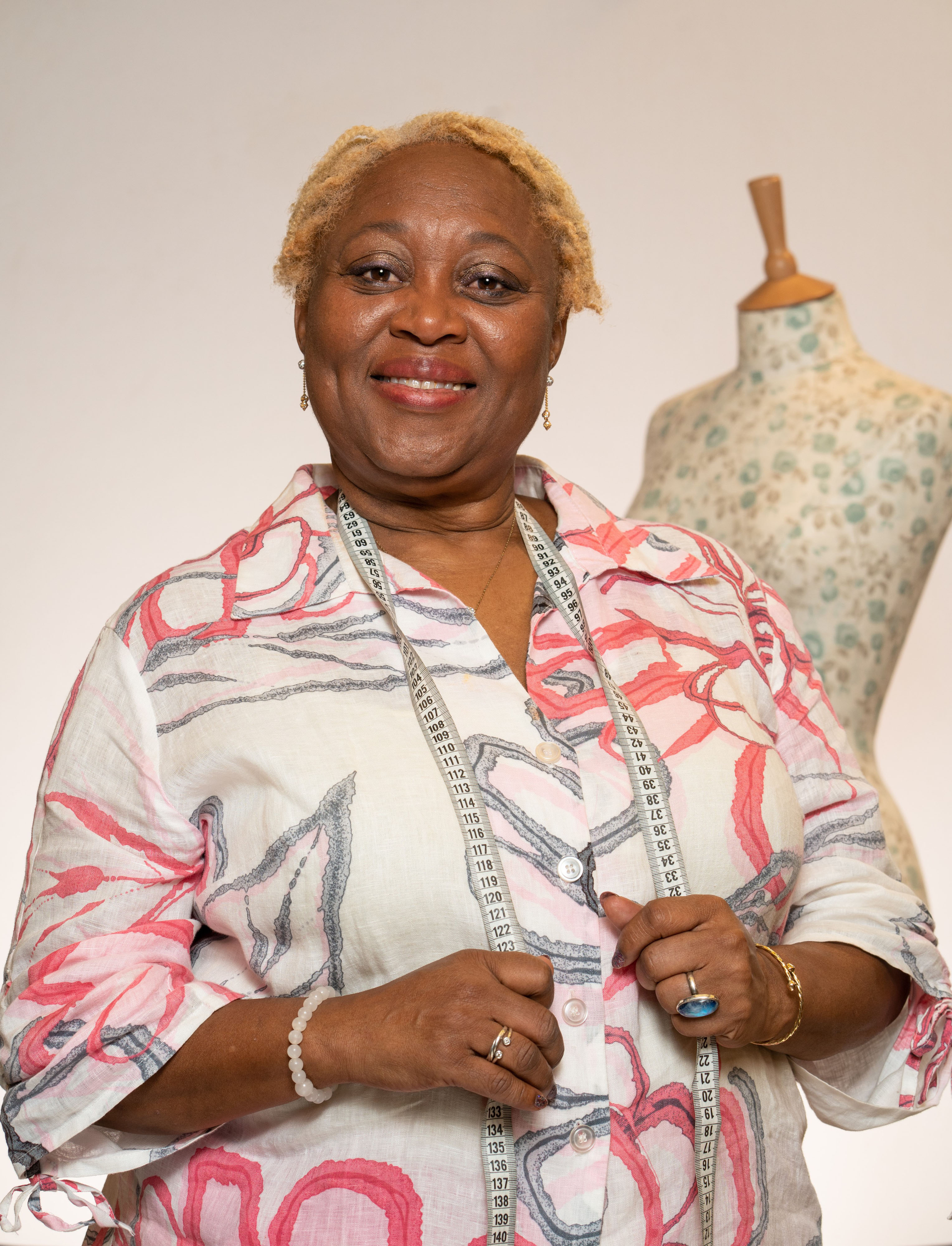 Angillia taught primary school children for 30 years before retiring in 2016.

She loves to create bold and colourful clothes for formal events and parties.

The former teacher still likes to work with young people when she's not sewing and also practices mindfulness, and can be found enjoying meditation meetings.

Fiona, 56, House Person from Renfrewshire (OUT) 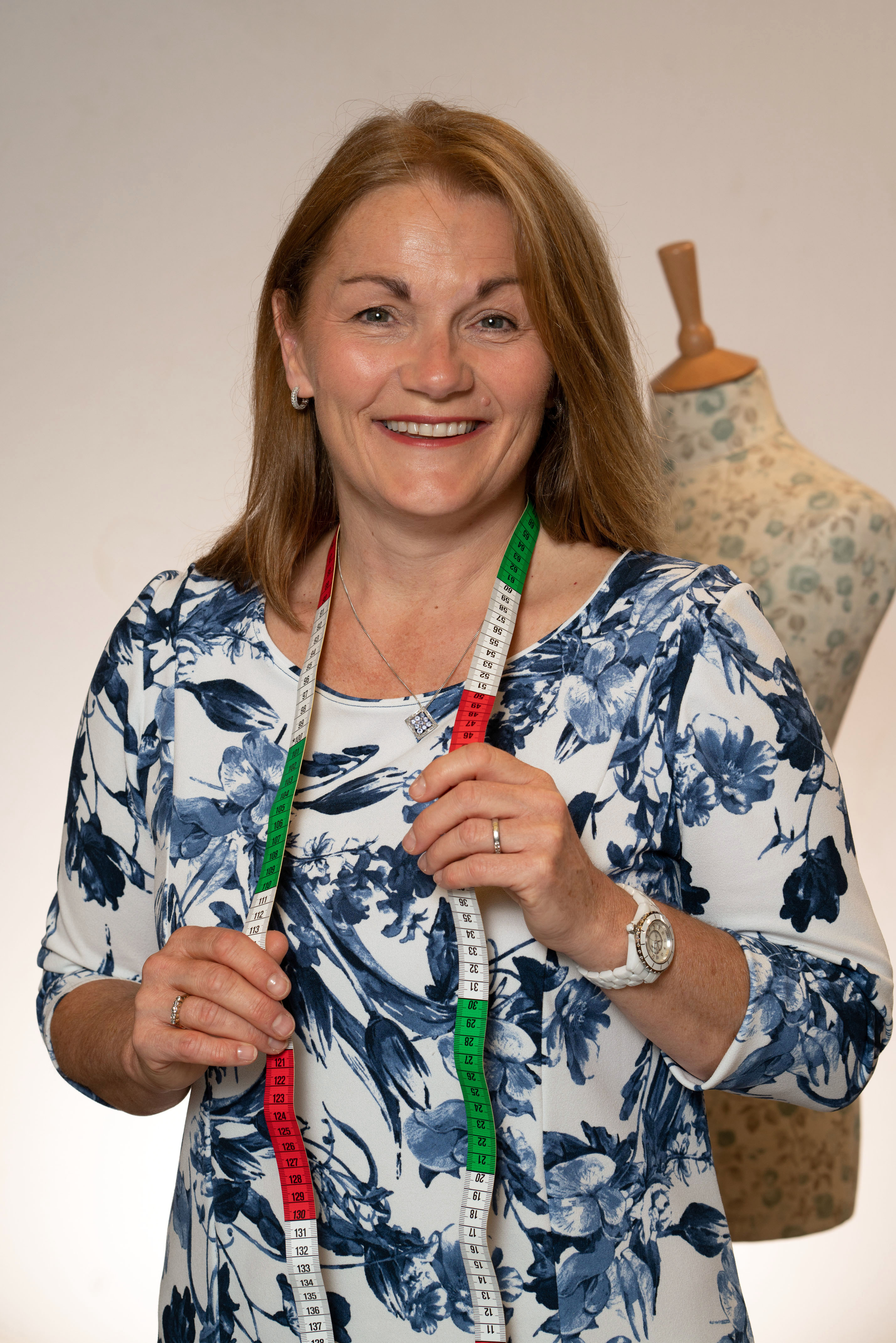 Fiona started sewing as a child when her mum helped her make a rag doll.

Motherhood gave her the opportunity to make clothes for her three children, and she also turned to the soft furnishing for their home.

She now makes clothes for herself from her home studio with her dog Coco by her side.

Hazel, 26, Charity Worker from Kent (OUT) 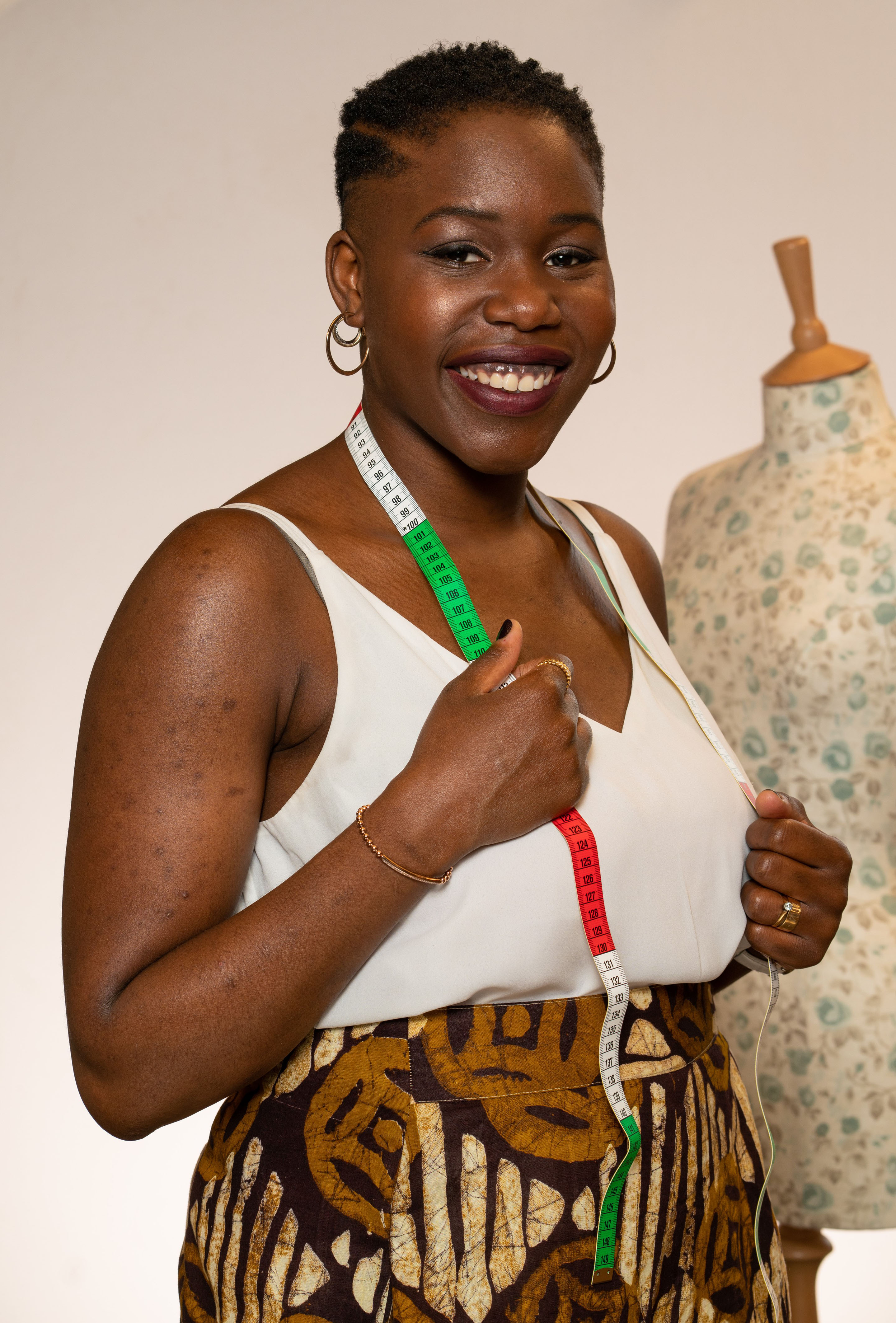 Hazel was taught to sew by her aunt when she was a child and returned to the craft after the birth of her first son.

The young mum says sewing gives her confidence – allowing her to carve out her own time and keep hold of her identity.

Hazel works for a charity that encourages social mobility by connecting young people with major companies. 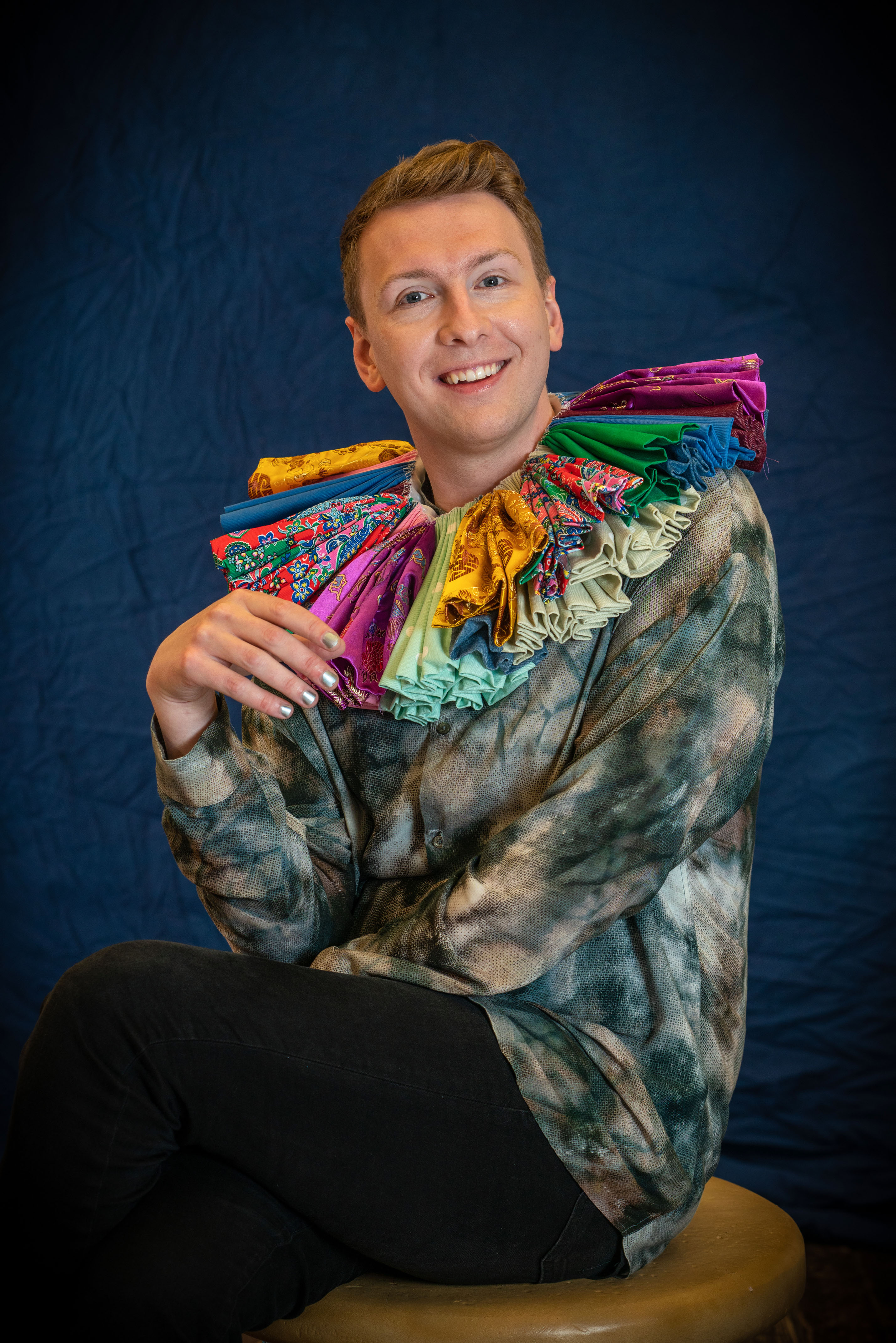 When is The Great British Sewing Bee 2020 on TV?

You can watch the 12 contestants compete for the Britain's best home sewer title tonight (Wednesday, May 27) at 9pm on BBC One.

The show returns for its sixth season and will run for 10 episodes, airing at the same time each week until the winner is announced in the final on June 24, 2020.

Episodes will be available to watch on BBC iPlayer after they have aired on TV. 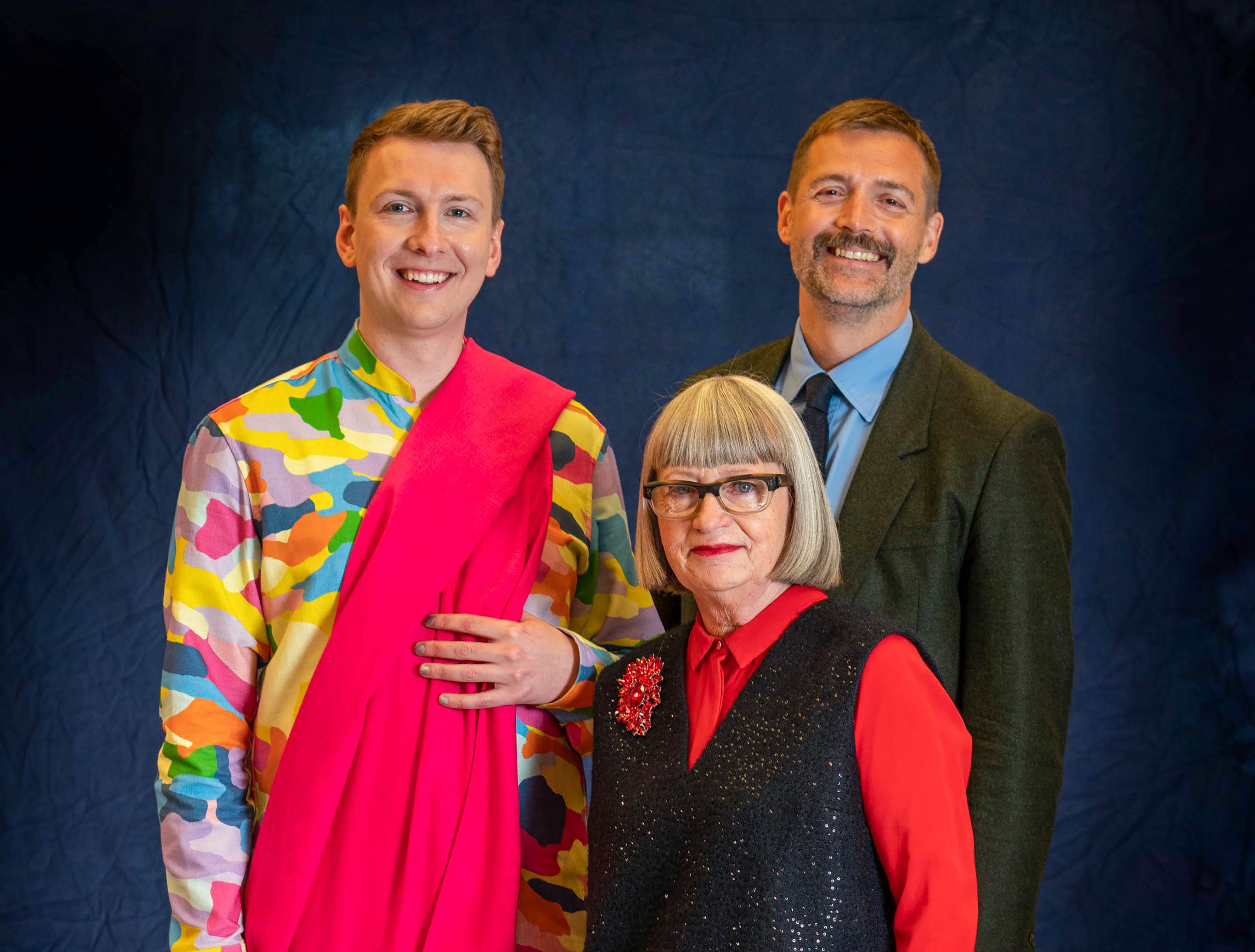 What is The Great British Sewing Bee?

The sewing competition is from the makers of The Great British Bake Off and follows a similar format, but with amateur sewers trying to impress resident judges Esme Young and Patrick Grant.

Contestants will create garments against the clock each week using sewing techniques from around the world.

They begin with the pattern challenge, followed by a transformation project and finally the made-to-measure round.

Each person one person wins garment of the week, while another unfortunate sewer is shown the door.

The sixth series will see the 12 participants create everything from rugby shirts to children’s dungarees, flamenco skirts to a boned basque, via food fancy dress.

The show is hosted by comedian Joe Lycett who returns for his second series in the role after replacing Claudia Winkleman in 2019.