There were so many unforgettable moments at the SAG Awards, from Jennifer Aniston and Brad Pitt’s adorable reunion, to Charlize Theron concealing her roots with Tiffany diamonds. And as usual, Zoë Kravitz easily found herself on the event’s best dressed list.

Kravitz looked absolutely stunning on the red carpet in a peach Oscar de la Renta gown, which she stylishly paired with Wing & Weft white gloves. She finished the outfit with a pair of Manolo Blahnik heels, and Tiffany jewels.

The Big Little Lies star looked effortlessly chic, and her outfit was seriously reminiscent of one of Jackie Kennedy Onassis’ classic looks. 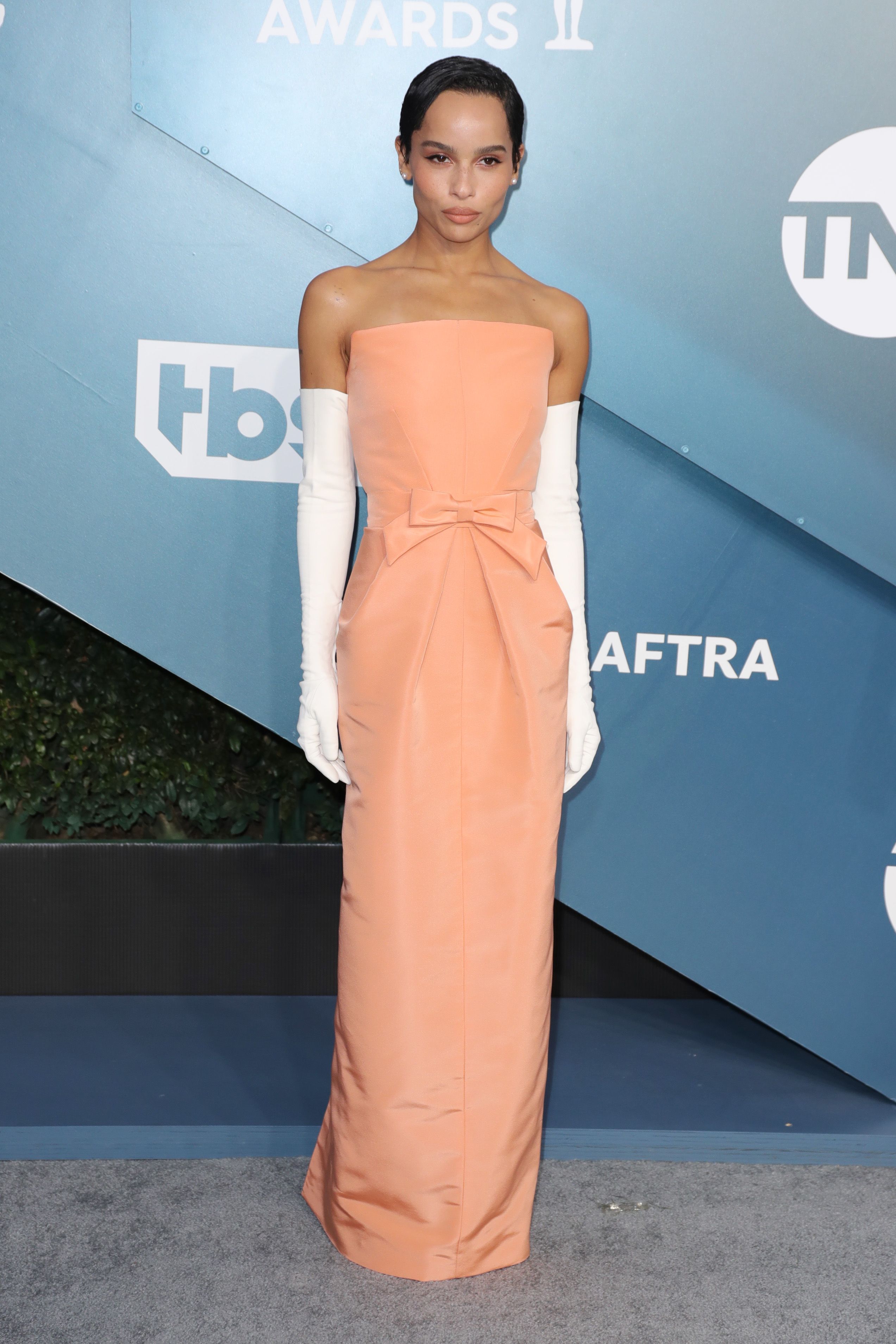 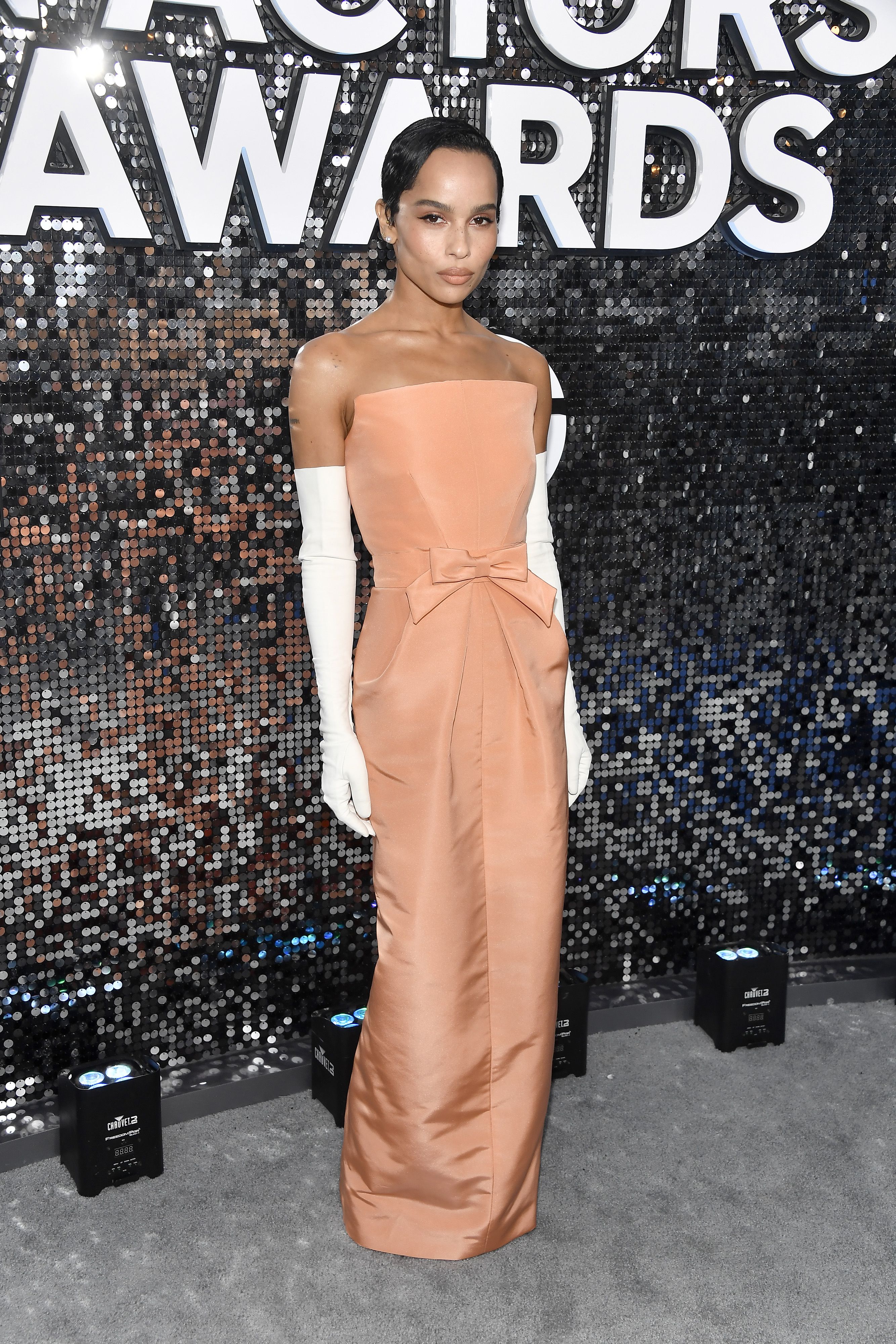 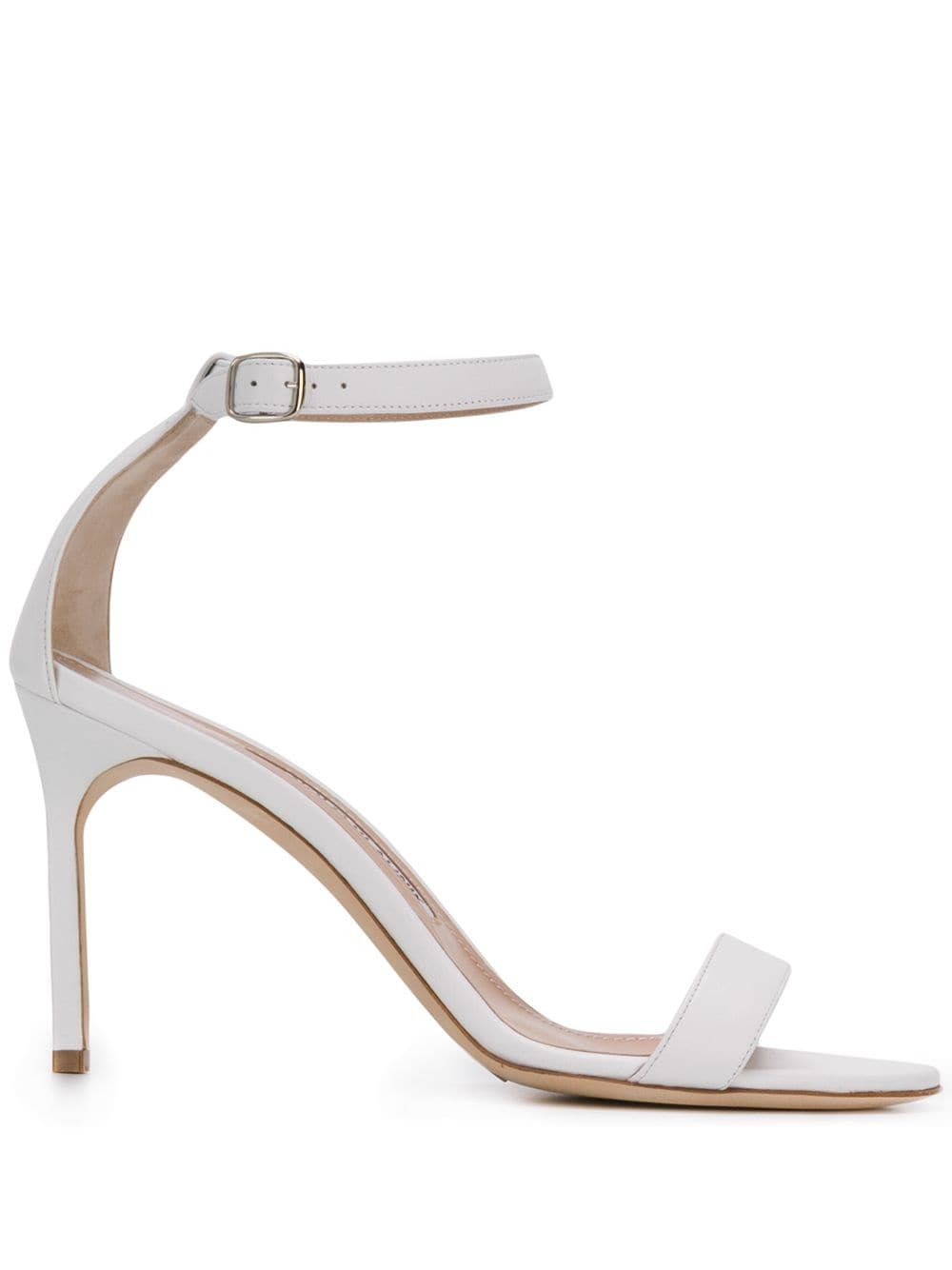 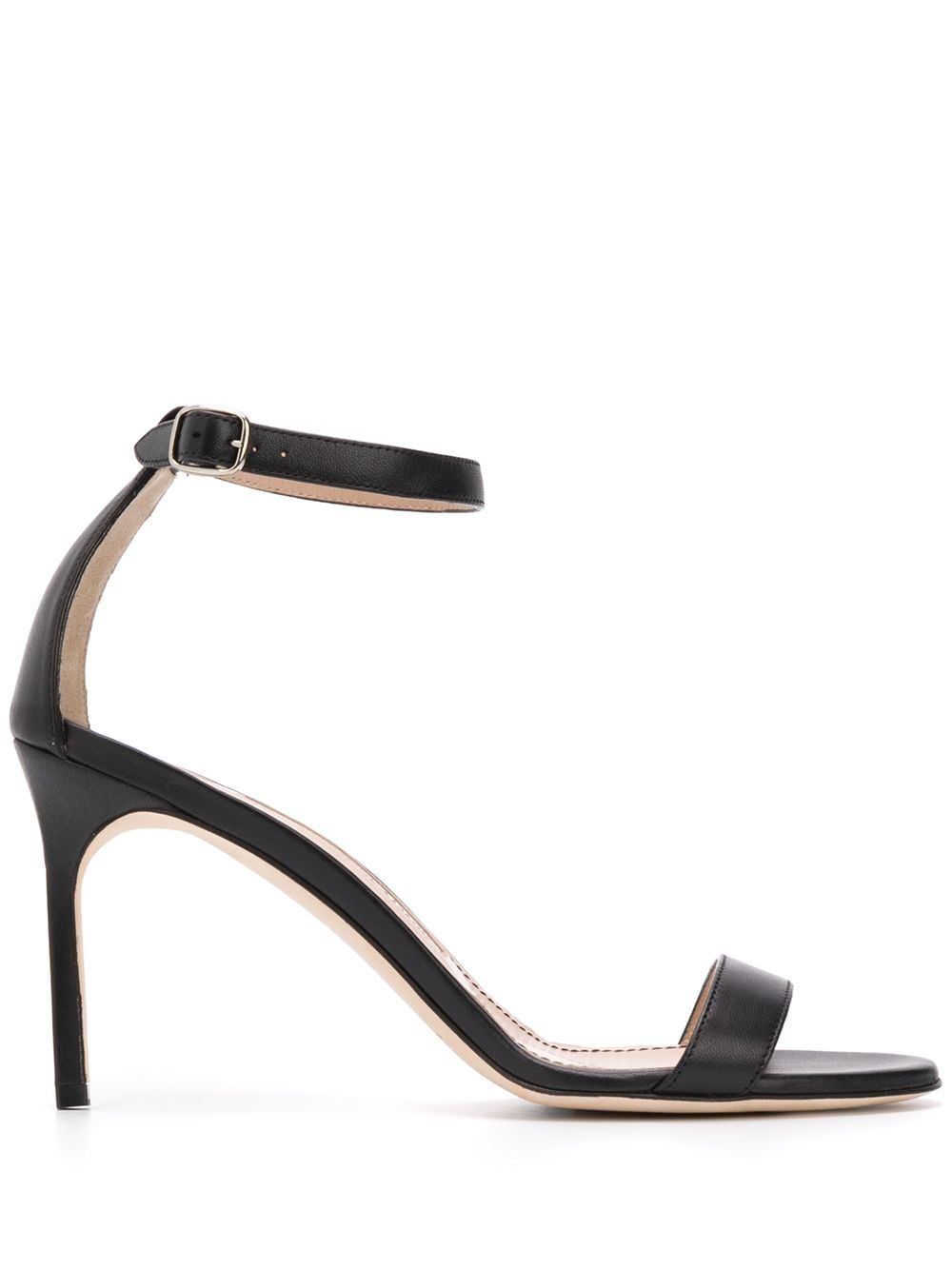 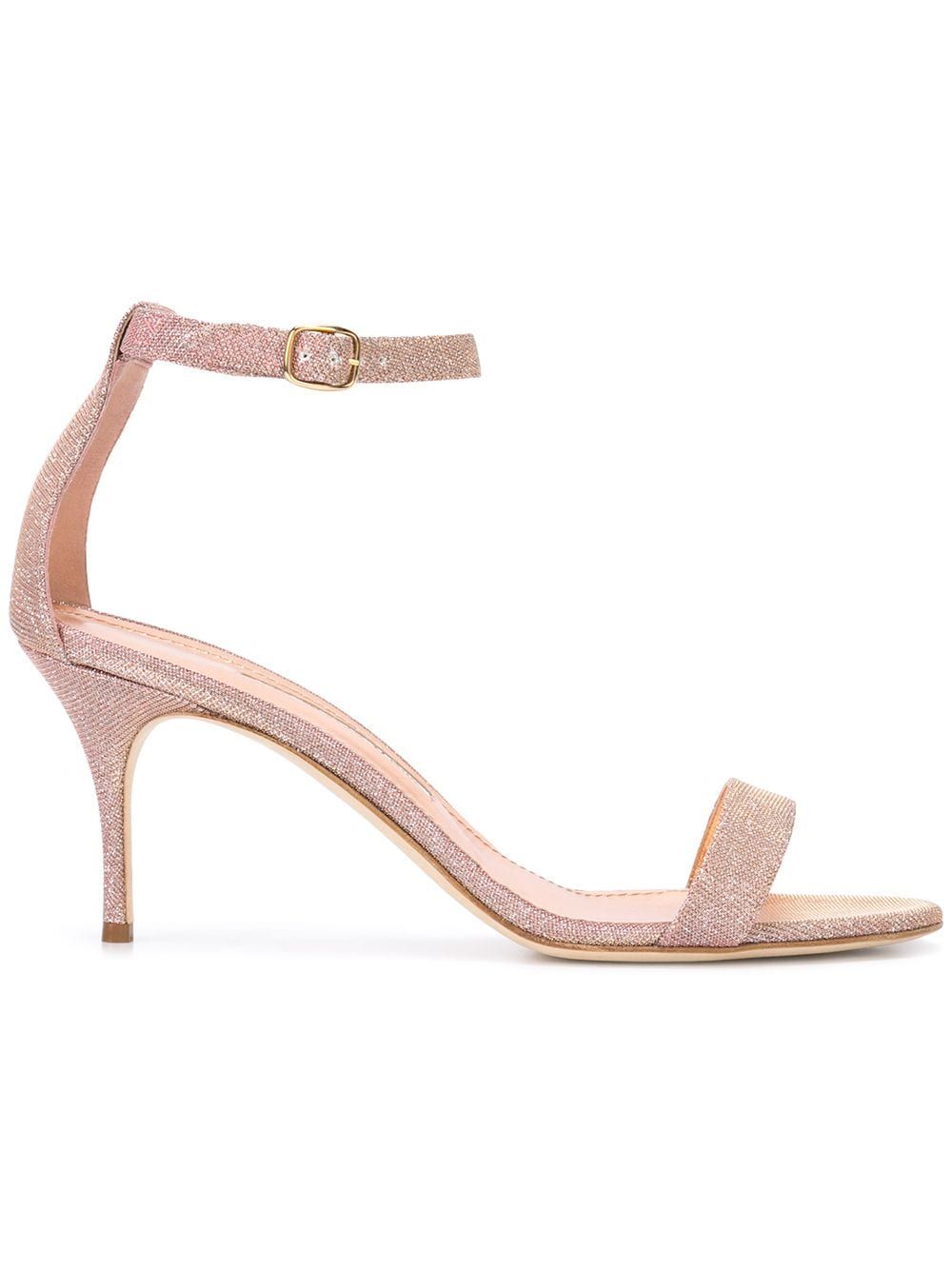 Kennedy Onassis wore a very similar outfit during a trip to India in 1962. The first lady accessorized her silk apricot dress, which also featured bow-detailing at the waist, with white gloves and a string of pearls. Kravitz and Onassis’ looks share a lot of similarities. 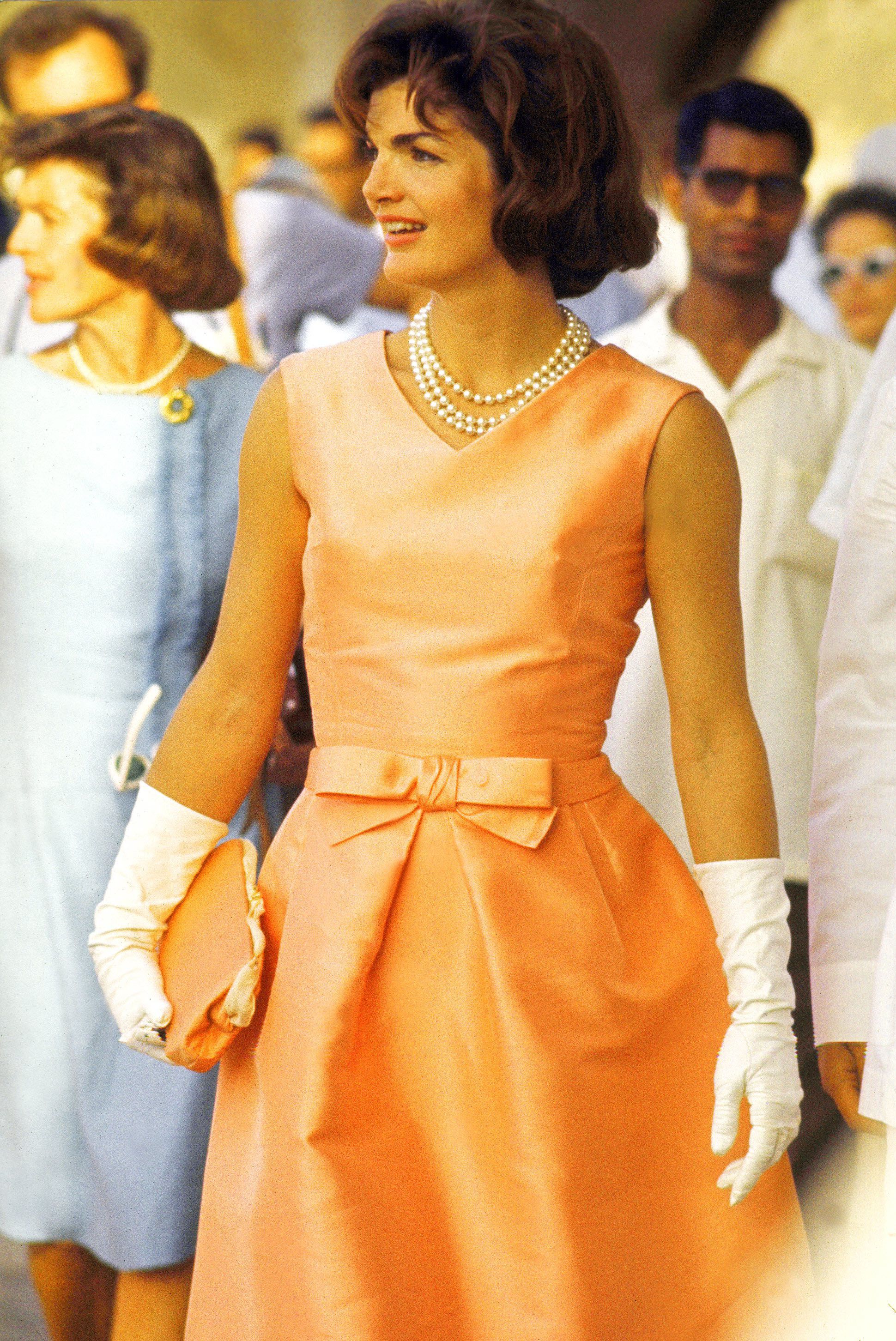 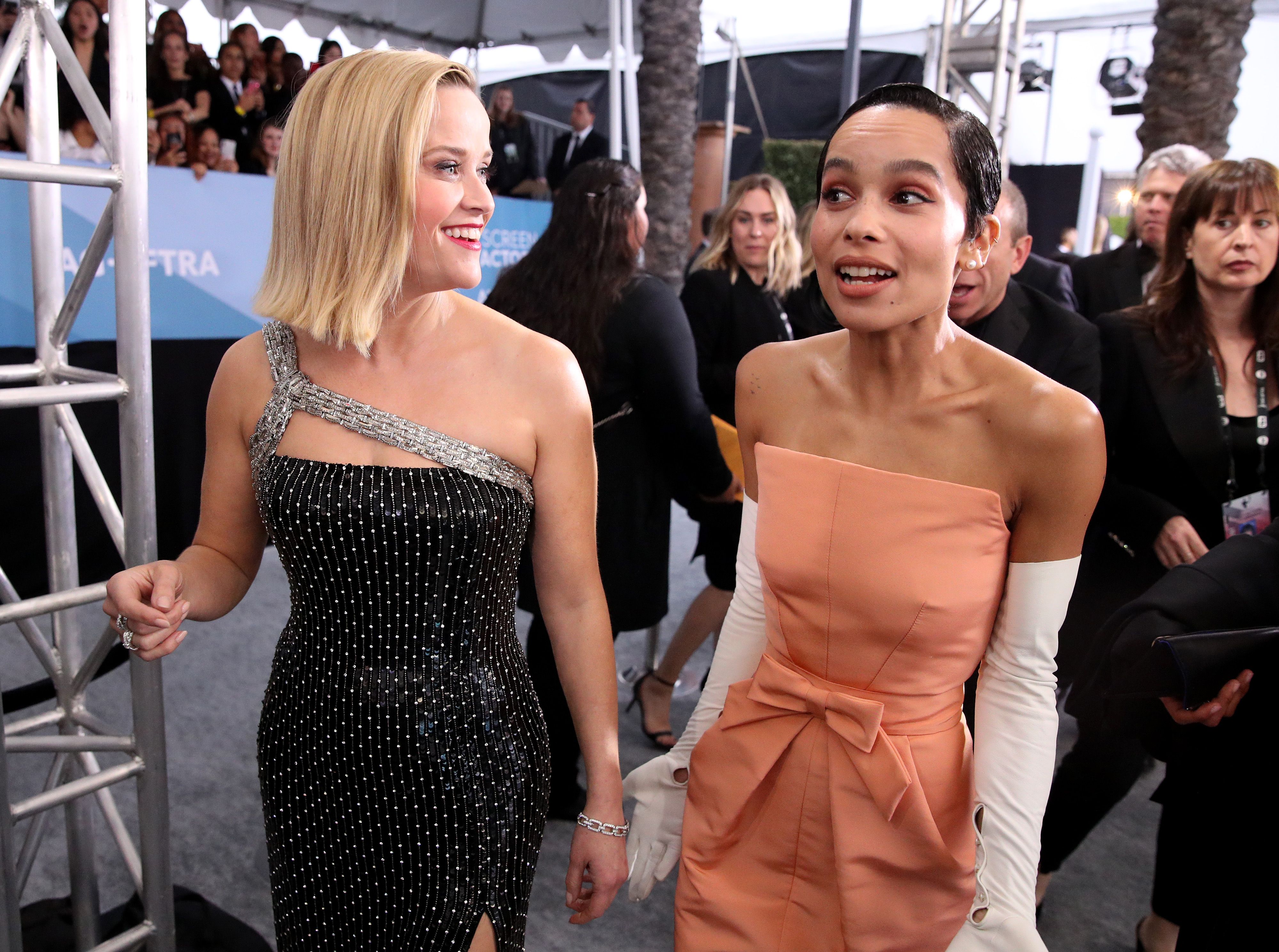 Kravitz has some seriously impressive roles coming up. As well as playing the lead in Hulu’s forthcoming High Fidelity TV show, the actress will also take on the role of Catwoman in The Batman, opposite Robert Pattinson.

In an interview on The Ellen DeGeneres Show in January 2020, Kravitz revealed that her Catwoman training was intense. “It’s going really well. It’s very exciting. I’ve been training a ton too, which has been great and hard,” she revealed. “It’s very physical. I come home just limping every day.”